In the spring of 2019, former host of The Daily Show Jon Stewart gave 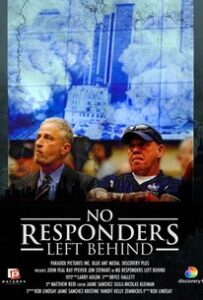 an impassioned speech during his testimony to the U.S. Judicial Committee, where he criticized Congress for not providing aid to thousands of sick and dying 9/11 First Responders. Jon’s speech went viral almost immediately.  However, the journey that brought him to that fateful hearing began eighteen years earlier by the most unlikely of people: a construction worker named John Feal. For nearly two decades, John Feal dedicated his life fighting for the rights of First Responders and volunteers who came to help in the 9/11 rescue and recovery operations. John wasn’t just an advocate, he was also a fellow responder who was injured working on the pile. Together, John Feal and Jon Stewart put an international spotlight on

the injustices being served to the entire 9/11 community. Their relentless  activism resulted in the U.S. Senate passing the Zadroga Act and Victims Compensation Fund, a health and compensation bill that gives medical and financial assistance to thousands of terminally ill 9/11 First Responders. NO RESPONDERS LEFT BEHIND follows John and 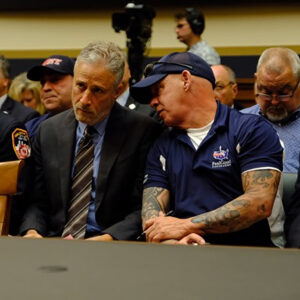 Jon over the span of several years during their grassroots social advocacy campaigns. These two unsung heroes inspire and encourage a whole new generation of people to dedicate their lives to activism. John and Jon never took no for an answer. Instead, they fought tirelessly for years so that all the heroes of

9/11 were taken care of. NO RESPONDERS LEFT BEHIND shines a light on a group of grass root social activists who took on the government and won— simply because it was the right thing to do. Director Rob Lindsay stops by to talk about the protracted and insanely frustrating journey for the men and women who devoted their waking life to securing the legislation to provide appropriate medical care, as well as how the making of No Responders Left Behind changed him.

For news and updates go to: paradoxpictures.net/no-responders-left-behind