The problem: The decline of the world’s coral reefs 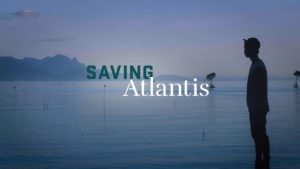 Coral reefs cover only 0.1 percent of the Earth’s surface, but they’re home to 25 percent of all marine species, and they’re being lost at an alarming rate. Pollution, overfishing and climate change are some of the human-influenced culprits in the dramatic decline of these magnificent natural structures. Coral reefs serve as a linchpin in the global food web. Their decline leads our entire planet in a perilous direction. But research from scientists around the world hints at bright spots where real strides can be made in preservation and protection of these habitats.

Narrated by actor and activist Peter Coyote, SAVING ATLANTIS is a feature-length documentary film by Oregon State University that covers the dramatic decline of the world’s 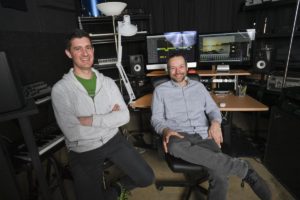 coral reefs and those who are fighting to save them. Following the Global Coral Microbiome Project, a National Science Foundation-funded effort to understand the underlying causes of coral disease, as well as other coral conservation efforts, SAVING ATLANTIS focuses on the plight of an endangered habitat and the people most dramatically impacted by its disappearance. It is an emotional exploration of some of our planet’s greatest natural wonders at a tipping point in their ecological history. Co-directors Justin Smith and David Baker join us to talk about the intense research being done to save this invaluable planetary resource.

For news and updates go to: corals.oregonstate.edu/saving-atlantis