When Elan and Jonathan lose their beloved grandmother, Annette Ontell, they face a profound question: When a loved one dies, what do we do with the things 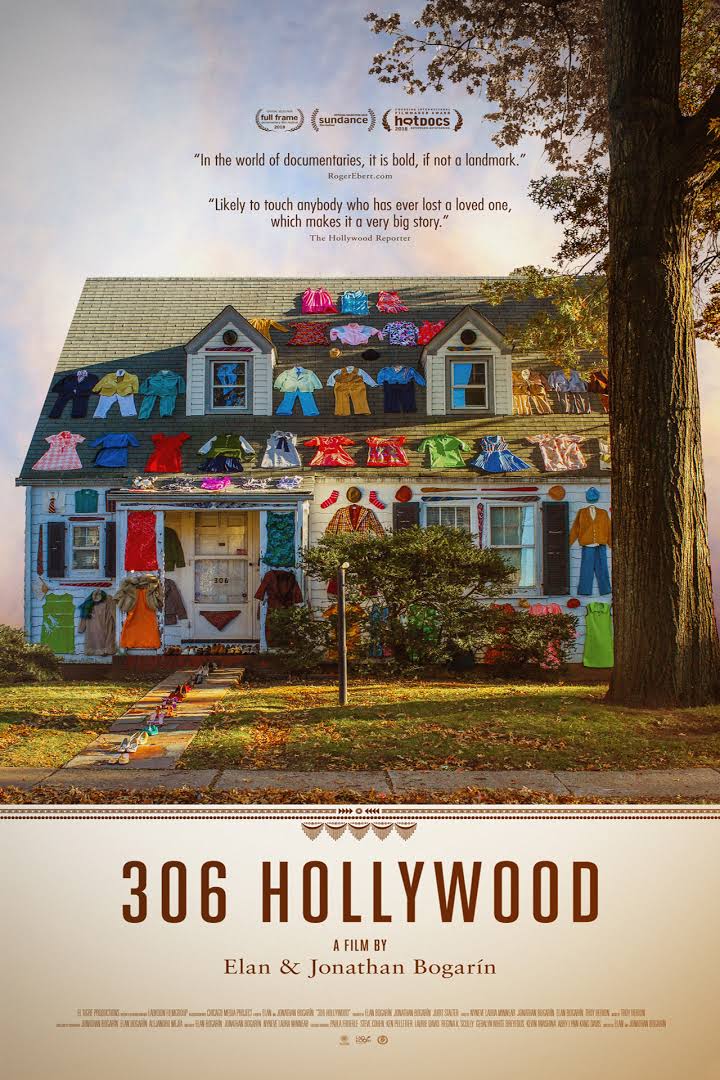 they leave behind? Housewife, fashion designer, and beloved family member, Ontell lived seven decades in the same house—306 Hollywood Avenue in Hillside, New Jersey. Turning documentary on its head, the Bogaríns embark on a magical-realist journey to discover who their grandmother really was, transforming her cluttered New Jersey home of 71 years into a visually exquisite ruin where tchotchkes become artifacts, and the siblings become archaeologists. By turns elegiac, celebratory, and edgy, with extrapolations ranging from the Rockefellers to Rome, 306 Hollywood moves unexpectedly but inevitably, like a beautiful murmuration of birds. With help from physicists, curators and

archivists—and the added inspiration of a decade of interviews with the vivacious octogenarian herself—they excavate the extraordinary universe contained in Annette’s home. 306 HOLLYWOOD  playfully transforms the dusty fragments of an unassuming life into an epic metaphor for the nature of time, memory and history Co-directors Jonathan Bogarín (Elan) joins us for a conversation on celebrating family, peering into the unknown, why understanding the past can help us live better in the present.

For news and updates go to: 306hollywood.com

Opening in Los Angeles Friday, October 12th at the Laemmle Royal Theater in Los Angeles. Q & A with Elan and Jonathan Bogarín all weekend

“The movie’s blend of charm and philosophical inquiry makes it at once structurally daring and a total crowd-pleaser, sure to find appreciative audiences who will see echoes of their own clutter-filled lives in its story.” – Eric Kohn, Indiewire

“One of the more universal and relatable films you’re ever likely to see. It’s such a little story you may wonder about why it was being told at all, except that it’s a story likely  to touch anybody who has ever lost a loved one, which makes it a very big story.” – Daniel Feinberg, The Hollywood Reporter