The informative and heartwarming new documentary film, Weed the People examines why marijuana / cannabis has been off-limits to America’s 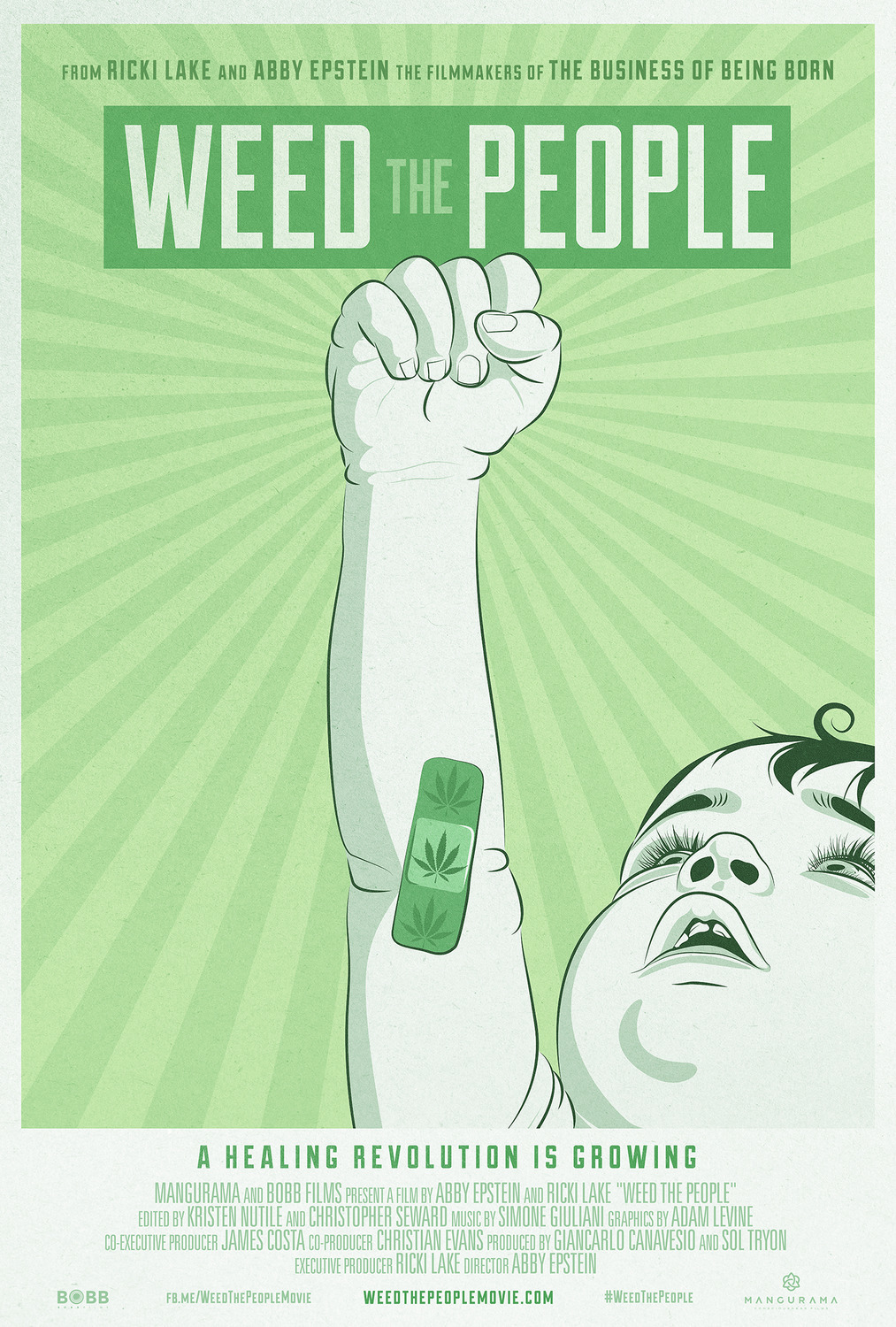 doctors and researchers for the past 80 years, despite decades of science from on the plants anti-cancer properties. Armed with only these laboratory studies, desperate parents obtain cannabis oil from underground sources to save their children from childhood cancers. “Weed the People” follows these families through uncharted waters as they take their children’s survival into their own hands. Some of their miraculous outcomes beget the unsettling question at the heart of the film: If weed is truly saving lives, why doesn’t the government want people to access it? Abby Epstein has been producing and directing documentaries for over ten years with her partner, Ricki Lake. Their first collaboration was the celebrated feature documentary The

Business of Being Born, which premiered at the 2007 Tribeca Film Festival. The Businessof Being Born enjoyed a successful theatrical release and had its broadcast premiere on Showtime. Director Abby Epstein talks about the racist, xenophobic history of marijuana in America, the draconian laws and the federal government’s resistance to allowing medical research, despite holding a number of marijuana patents and the courageous journey of parents trying to save the lives of their cancer stricken children.

For news and updates go to: weedthepeoplemovie.com

“Though the film seems pretty thoroughly convinced on this topic, its main argument should ring true even for skeptics: We won’t know the answers if, thanks to the drug’s Schedule I status in the US, scientists remain unable to study its effects.” – John DeFore, Hollywood Reporter

“Weed the People is one part didactic, one part polemic, and one part human story. The documentary methodically alternates among these three, ultimately landing a compelling, if at times sentimental and anecdotal argument.” – Natalia Winkelman, Film Threat

“An inspirational documentary that gives the 411 on using 420 to treat children with cancer.” – Gary M. Kramer, Film Journal International