Nina Geld is an up-and-coming  comedian in New York City. She’s funny, smart and has worked hard to build a career for herself in the male-dominated world of 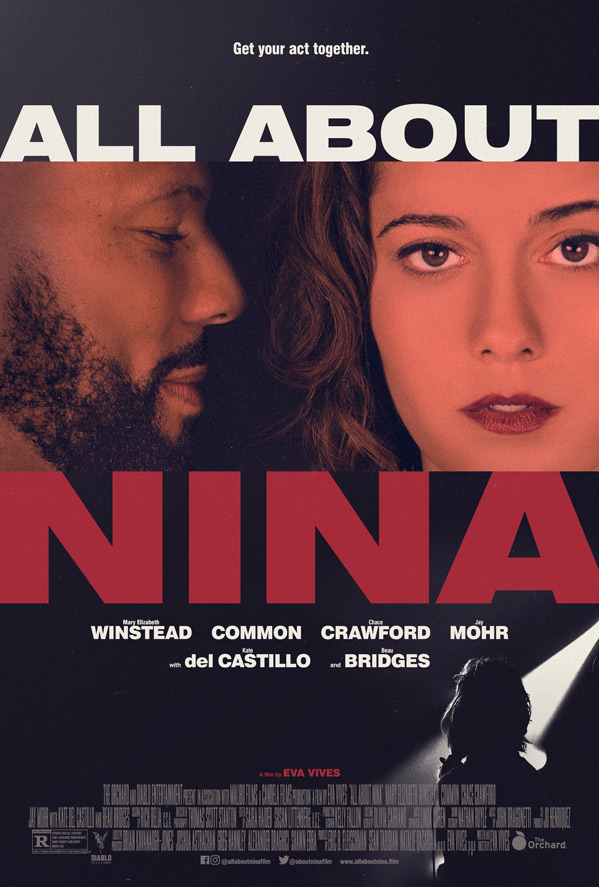 stand-up. When it comes to romantic relationships though, Nina’s life is a mess. When we meet her, she has picked up a random guy in a bar and brought him home, only to find Joe, a married policeman, waiting for her against her wishes. Unable to stand-up for herself, Nina sleeps with Joe again, bringing up old issues of self-hatred. Nina decides to focus on work and later gets Larry Michaels, producer of the legendary television show, Comedy Prime, to come see Nina’s stand-up. Amazingly, he asks Nina

to audition! She will need to create characters impersonations and move to LA to audition. In LA, she meets Rafe Hines, a dream-come-true, quintessential good-guy who makes all of Nina feel good. But when Joe shows up in LA unexpectedly Nina has to deal with her past. Finally confronting the truth in such a public setting has terrifying and unexpectedly liberating consequences. Director / Producer / Writer Eva Vives joins us for a conversation on her sharp-edged, drama about a woman driven by demons, trauma and a dark need to embrace her pain.

For news and updates go to: theorchard.com/filmtv

“Vives’ filmmaking is confident, threading the needle on some emotionally complex scenes, but the film works because of Winstead’s bravura performance, taking Nina to a place of raw, deep emotional honesty.” – Katie Walsh, Los Angeles Times

“A striking and at times uncomfortably personal feature debut from writer-director Eva Vives that makes good on its title by not shying away from the emotional damage that makes its protagonist so compelling.” – Peter Debruge, Variety

“The movie is carried by Winstead’s mesmerizingly mercurial performance, and not just because she does pitch-perfect impressions of, among others, Kristen Stewart and Werner Herzog.” – Ella Taylor, NPR

“There are three main reasons you should seek out Nina: The phenomenal Winstead, a refreshing female character that manages to be truly hilarious, and a script that keeps a wonderful balance of humor and pain.” – Kristy Strouse, Film Inquiry