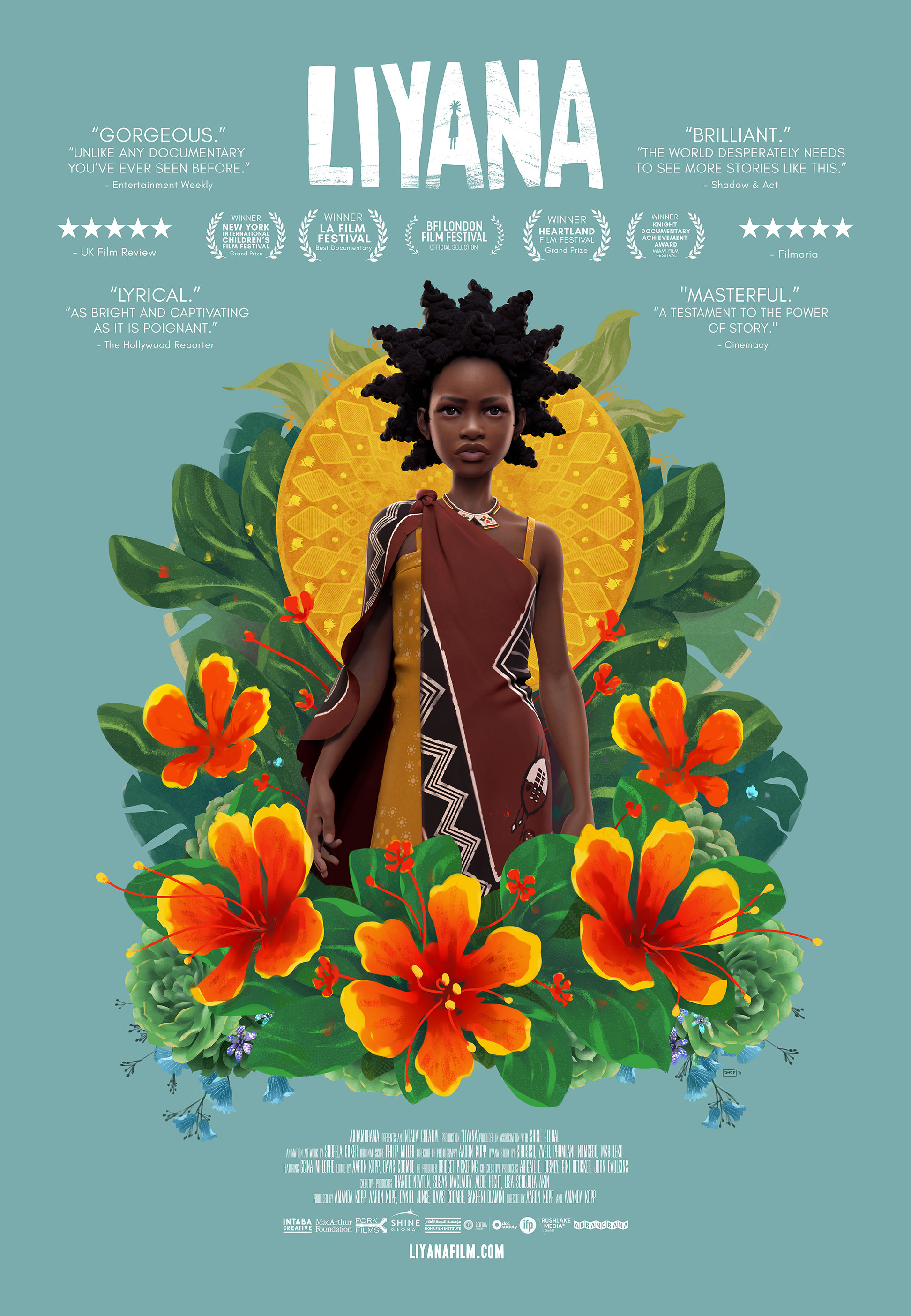 orphaned children from Swaziland collaborate to craft a collective fairytale drawn from their darkest memories and brightest dreams. Their fictional character, LIYANA is brought to life in innovative animated artwork as she embarks on a perilous quest to rescue her young twin brothers. The children’s real and imagined worlds begin to converge, and they must choose what kind of story they will tell – in fiction and in their own lives. This genre-defying film weaves an original animated hero’s journey with poetic documentary scenes to create an inspiring tale of perseverance. LIYANA is a tribute to creativity, the strength of the human spirit, and the healing power

storytelling. Critically acclaimed, and executive produced by award-winning actress, Thandie Newton, LIYANA has won more than 25 jury and audience awards and screened at more than 80 film festivals around the world including the British Film Institute’s London Film Festival and MoMA’s Doc Fortnight. Co-directors Amanda and Aaron Kopp join us for a conversation on their enchanting, inspiring and wildly creative film.

For news and updates go to: liyanathemovie.com

“Gorgeous” “Unlike any documentary you have ever seen before.” – Entertainment Weekly

“A spirited testament to the power of creativity – not only as a source of strength and joy, but as a way to access buried emotions.” – Sheri Linden, Hollywood Reporter

“Masterful.” “A testament to the power of story.” – Cinemacy

“Brilliant.” “The World desperately need more stories like this.” – Shadow and Art