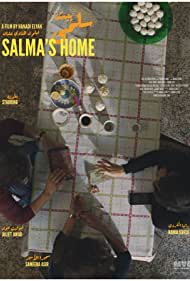 narrative that is often presented in today’s Arabic cinema. Director and writer Hanadi Elyan, one of the few female Arab filmmaking voices, follows beautifully in the footsteps of bold voices like Nadine Labaki, Raja Amari, and Jocelyn Saab. SALMA (Juliet Awad) is a talented baker living alone in a large old house overlooking downtown Amman, her daughter FARAH (Sameera Asir) is a young working mother with marital problems. Their lives are disrupted by the death of Salma’s ex-husband- BAKRI. The funeral takes place at his  current wife’s house, LAMIA (Rania Al Kurdi), an aspiring socialite who is 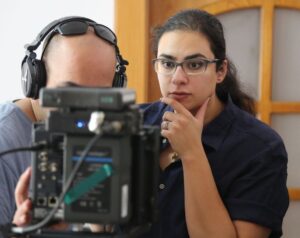 obsessed with building her brand online. After the funeral, shocking facts come to light leading to clashes and finally forcing the three women to accept some harsh realities and take control of their lives. Director / writer / editor Hanadi Elyan (Reel Arab Productions) stops by to talk about finding the superb cast of actors who help make the film  take flight, as well as the inspiration for writing and directing this beautifully told story of heartbreak, betrayal, renewal, friendship and love.

For news and updates go to: hanadielyan.com

SALMA’S HOME is the debut feature from Palestinian Jordanian filmmaker Hanadi Elyan, set to have its World premiere at the 2022 Online edition of the Cinequest Film and Creativity Festival in April, followed by a special in-person edition in August 2022 in San Jose.

About the filmmaker – Driven by her love of filmmaking from a very young age, Hanadi’s work focuses on telling stories about social issues facing marginalized communities from a female perspective. She is a trans-national filmmaker that believes in breaking stereotypes through telling stories of the shared human experience. Born in Dubai and raised in an artistic Jordanian / Palestinian Muslim family, Hanadi spent her childhood between the UAE and Jordan. She established Reel Arab Productions in Dubai, a company that created commercials for international brands but then expanded into TV content for MBC, the biggest Arab broadcaster in the world. Later, she moved to Los Angeles after being selected for the MSFF full ride scholarship, where she earned her MFA in Film Production / Directing from UCLA. Today, based in Boston, MA, Hanadi is putting the final touches on her feature film Salma’s Home, and also is serving as Asst. Professor of Narrative Film Directing at Emerson College. Awards include: Jordan Film Fund, Hollywood Foreign Press Association Award, Delia Salvi Memorial award, Special Jury award at Tangiers Film Festival for Mariam’s Chance, George Burns and Gracie Allen Scholarship Fellowship in Comedy and The UCLA Directors Spotlight Award. To find out more go to: reellaproductions.com or: hanadielyan.com

“This is a carefully crafted drama that feels like home in parts and that is also different in a way that works perfectly.” – Emilie Black, Cinema Crazed