investigated by Homeland Security and the Department of Justice on American soil, Sextortion: The Hidden Pandemic begins with an investigation of the sexual extortion–or

“sextortion”–of a Virginia teen and a fourteen-year-old girl from Japan. As investigators pursue the case, surprising new details emerge–including the fact that the same suspect is behind both crimes. And further forensic research reveals hundreds of similar  victims across the United States. With unique, unrestricted access to government  files, victim families, and investigators, Sextortion: The Hidden Pandemic uncovers the hidden world of 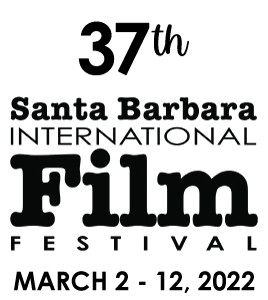 common tactics of online predators, the signs that a child is being groomed online, and a documented rise in global sextortion cases. Through interviews with families and investigators working these crimes, the filmmaking team had unique unrestricted access to all government documents for an international sextortion case unsealed for this film for the very first time. Director / Producer Maria Demeshkina Peek, and Producer Stephen Peek join us for a conversation on the explosion of this activity in the Inited States and around the world, as well as their hope is that this film will alert people to this disturbing crime.

For updates, screenings and resources go to: sextortionfilm.com

Sextortion: The Hidden Pandemic will make its world premiere at this year’s Santa Barbara International Film Festival as one of the Social Justice section feature documentaries on March 3rd with a second screening on March 6th.

About the filmmaker – Maria Demeshkina Peek, a Siberian-born filmmaker, started her film career by acquiring a Master’s of Arts in Producing/Directing from Regent University in 2002, and directing numerous TV spots and doc series through her production company, Auroris Media, which she co-founded in 2003. Maria’s first short documentary, “Searching Generation”, won Worldfest Houston in 2009. After pivoting away from TV spots and limited series, Maria directed her first feature documentary, “I Dream of Dance”-, in 2017, which was well received by critics and the dance community alike. “I Dream of Dance”- was acquired as premium content for Netflix in 2018. Maria is a member of the Producer’s Guild of America, a film festival judge, and a public speaker. In addition to M.A. in Producing/Directing, she holds a M.T.S. degree from Samford University, and a B.S. degree in Applied Mathematics from Novosibirsk State University. She resides on the East Coast with her husband Stephen and their two children.

About the filmmaker – Stephen Peek had his first professional photo shoot at 15 years old, and has been creating images ever since! He began his journey in film after graduating with a Masters Degree in Film/TV in 2003 from Regent University. He co-founded Auroris Media in 2003 with his partner in crime Maria. Stephen has produced docu-series and feature documentaries that have aired on Netflix, Amazon Prime, Hulu, and Discovery+ among others. His first feature length documentary “Unacknowledged” became the top selling documentary of 2017, and was acquired by Netflix. Stephen is VP, Production for the award-winning production company Auroris Media, and oversees all aspects of global production. Stephen is an active member of the Producers Guild of America.