SHARKWATER EXTINCTION is a thrilling and inspiring action packed journey 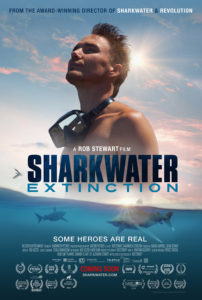 that follows filmmaker Rob Stewart (Sharkwater, Revolution) as he exposes the massive illegal shark fin industry and the political corruption behind it – a conspiracy that is leading to the extinction of sharks. From West Africa, Spain, Panama, Costa Rica, France, and even in our own backyard, Stewart’s third film dives into the often violent underworld of the pirate fishing trade to expose a multi-billion dollar industry. Shark finning is still rampant, shark fin soup is still being consumed on an enormous scale, and endangered sharks are now also being used to make products for human consumption. Stewart’s mission is to save the 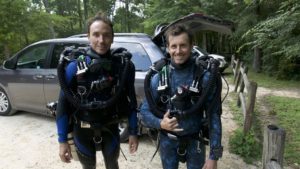 sharks and oceans before it’s too late. SHARKWATER EXTINCTION exposes the illegal activities isn’t easy; protecting sharks has earned him some powerful enemies. Friend colleague and founder of SeaChange Agency Brock Cahill joins us to talk about working with director and sea mammal advocate Rob Stewart, the popular misconceptions about sharks and the challenge to stop the unwarranted slaughter of 150 million sharks every year by a clandestine world-wide cabal.

For news and updates go to: sharkwater.com

For news and updates go to: theseachangeagency.org

Social Media for The SeaChange Agency

“Stewart… reveals a cruel market in which tens of millions of sharks are caught every year, their fins cut off and their bodies thrown back in the water to die.” – Glenn Kenny, New York Times

“Stewart’s third film is also his best… with scenes of marine genocide that should make us all weep tears of rage.” – Peter Howell, Toronto Star

“Rob Stewart literally gave his life for Sharkwater Extinction. From the beginning, you see his passion for sharks and his dedication to saving them.” – Alan Ng, Film Threat

“An alarming, illuminating and emotionally gripping exposé. Forget about Captain Marvel and watch this powerful doc about the quest of a real-life hero, Rob Stewart, instead.” – Avi Offer, NYC Movie Guru