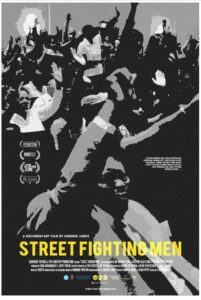 devastated the black working class, three Detroit men must fight to build something lasting for themselves and future generations. STREET FIGHTING MEN takes a deep, observational dive into the lives of retired cop Jack Rabbit, who continues to patrol his own neighborhood as a citizen; Deris, who wants to further his education and serve as a role model for his baby daughter; and Luke, who labors mightily to rehab a dilapidated house while pulling together a meager living. Shot over three years in the neighborhoods of 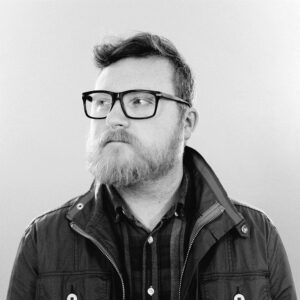 future is being waged every day. For the people who live here, Detroit is not a blank slate, it is their home — where they have invested their lives, families, and memories. Director Andrew James joins us to talk about the grinding reality for people determined to do the right thing, get an education, provide for their families, promote a safe neighborhood, buy a home, but are faced with a crippling lack of resources or the opportunities to accomplish anything of last value.

For news and updates go to: streetfightingmen.com

Director’s Statement – I became interested in making a film in Detroit after reading a Metro Times article about James “Jack Rabbit” Jackson. The article featured a picture of Jack Rabbit standing on a street corner at night with his partner, Keith, close behind him. The two men, Jack Rabbit in particular, had taken it upon themselves to be the neighborhood watch after the local police station shut down, and their story of resistance resonated with me. Jack Rabbit’s story and the struggle of his largely black working-class neighborhood is the story of our times. It has become increasingly hard to ignore how the US system is leaving behind poor, working-class and even middle-class people, many of whom are people of color, in favor of global economic interests. I wanted to create something personal and experiential, with an emphasis on the day-to-day, that could speak to this systemic decay of opportunity. I contacted Jack Rabbit and asked if we could meet. He was enthusiastic about the idea and excited to tell his story, and eager to help me understand the ups and downs of his neighborhood. After spending some time in Detroit and getting to know Jack Rabbit, we began shooting with Deris and Luke as well. It was then that I decided to move to Detroit – to capture their stories in real time. I felt that a longitudinal, fly on the wall style would allow me time to get to know the community better and find the story in collaboration with the subjects. This extended time allowed me to form close bonds with the three men, as well as others in the community, and it gave me a unique opportunity to tell their story in a very personal way. – Andrew James, Director/Editor/Cinematographer

“Stories of the death and rebirth of [Detroit] are familiar, but Andrew James’s documentary conveys the experience of living there. From the beginning there’s an undercurrent of weariness, of the wear and tear of living in a place to which the rest of the world — or rather, the movie strongly implies, the white world, the money world — has grown indifferent.” – Glenn Kenny, The New York Times

“A painful but honest depiction of black life in urban Detroit, featuring multifaceted men striving against the odds. A portrait of black resilience and perseverance — without sentimentality — that stands in stark contrast to the one-dimensional stories of transformation, but still offers a way out of the dark.” – April Wolfe, Film Critic & Writer

“An incisive, intimate and enlightening cinematic gaze on Detroit, Street Fighting Men triumphs as an authentic story of resilience in a neighborhood that will never settle for defeat.” – Les Roka, The Utah Review

“For those curious about Detroit, this is one of the essential docs.” – Inney Prakash, Cinema Programmer, Maysles Documentary Center