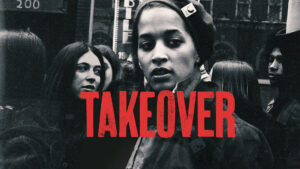 true history of a nearly forgotten event through the voices of the Young Lords, a collection of politically engaged young Puerto Rican men and women.  On July 14, 1970, a group of Young Lords made history when they occupied Lincoln Hospital in the South Bronx — known locally as the “Butcher Shop.”  The activists barricaded themselves inside the facility, demanding safer and more accessible health care for the community. Originally a Chicago-based street

gang, the Young Lords turned to community activism, inspired by the Black Panthers and by student movements in Puerto Rico. A Young Lords chapter in New York soon formed, agitating for community control of institutions and 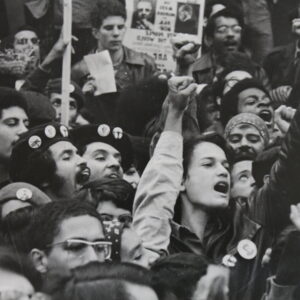 land, as well as self-determination for Puerto Rico. Their tactics included direct action and occupations that highlighted institutional failures. Through archival footage, re-enactments and contemporary interviews, the documentary above shines a light on the Young Lords’ resistance movement and their fight for human rights. The dramatic takeover of Lincoln Hospital produced one of the first Patient’s Bill of Rights, changing patients’ relationship with hospitals and doctors nationwide. Director Emma Francis-Synder joins us to talk her own discovery regarding the impact that the Black Panther Party had on the Young Lords, the impact that they had on New York City and the Puerto Rican community, reaching out to the surviving Young Lords and why grassroot action remains the most effective way to affect positive change.

For news and updates go to: marketroadfilms.com/takeover

#a23120About the filmmaker – Emma Francis-Snyder is a New York-based activist, documentary filmmaker, and archivist. With her debut film, Takeover, she is a 2020 Open Society and Ford Foundation: Just Films grantee. Francis-Snyder received support from The Gotham and was a 2017 UnionDocs Summer Fellow.