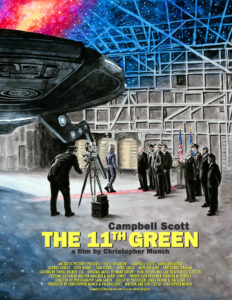 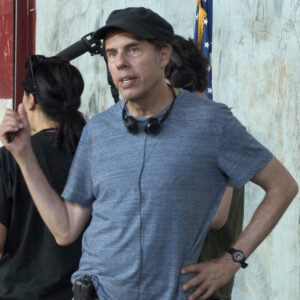 *** Special Event *** In celebration and support of its current virtual cinema release via the “Theatrical-At-Home” program (and in select traditional venues), the team behind the critically acclaimed sci-fi drama THE 11TH GREEN will unite together for a special Q & A event . This event will help theatres currently presenting the film to offer their audience more of the traditional filmgoing experience. The special event will take place on Monday, July 20 that 4:00 P.M. PST / 7:00 P.M. EST (check online for your correct time zone). The Q & A will feature writer-director Christopher Munch plus stars Campbell Scott and George Gerdes, moderated by the film’s editor Curtiss Clayton. Audience members attending the virtual Q and A will have the chance to submit questions to the team, as if they were attending an in-person event.