From writer and director David Midell comes a socially conscious 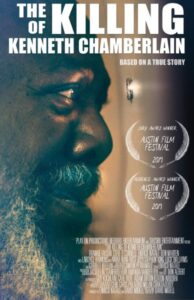 drama thriller, THE KILLING OF KENNETH CHAMBERLAIN, shot in real-time, tells the true story of the final hours of the life of Kenneth Chamberlain Sr. (Frankie Faison).  The elderly African American veteran with bipolar disorder was killed in 2011 during a conflict with police officers who were sent to his home to check on him, when his medical alert device was mistakenly activated. Despite Chamberlain informing the officers there was a mistake and he did not have an emergency, they were recorded taunting him, ridiculing his military service, howling racial epithets at him, and finally, the officers broke his door down and shot him twice in the chest, and no 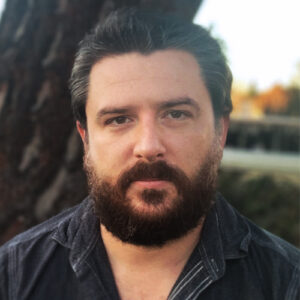 charges were brought against the police in a 2012 jury trial. Academy Award-winner Morgan Freeman,  THE KILLING OF KENNETH CHAMBERLAIN, starring Frankie Faison (The Wire), is a multi award-winning film

comes at an important time in the national conversation about how our criminal justice system treats people of color, people in low-income areas, and people living with mental health challenges, echoing recent high-profile incidents involving George Floyd, Breonna Taylor, and countless others. Director David Midell (Nightlights) joins us to talk about the real life tragedy that inspired the film, hewing as closely as possible to the circumstances and reactions that led to the needless death of a man who did nothing to warrant the brutal end to his life and the challenges of filming in very close quarters.

About the filmmaker – Writer / Director and Indie Spirit Award Nominee David  specializes in telling true stories in narrative form. His projects have been seen in theaters across the country, on major television networks, and on worldwide streaming platforms. The films he has written and directed have won dozens of awards at film festivals, a coveted Prism Award from the Entertainment Industries Council.In 2020 he was was announced as one of the “25 Screenwriters to Watch”.  from the Austin Film Festival, the preeminent writer’s festival in the country. His passion is telling stories that entertain as well as inform.

“Faison is juggling a lot with his portrayal of Chamberlain, and he is flat-out brilliant.” – Josh Kupecki, Austin Chronicle

“A scarring film that will leave you speechless. Frankie Faison gives the performance of his career.” – Federico Furzan, Movie-Blogger.com

“Shot in real time in a dingy apartment and a stairwell, the dramatic dynamism and ensemble acting the filmmaker has achieved showcase true independent filmmaking at its finest…This film will make you grieve.” – Laura Clifford, Reeling Reviews