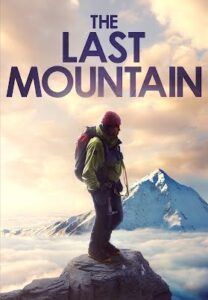 the son of mountaineer Alison Hargreaves, who perished on K2 in 1995. Mother and son, two of the greatest climbers of all time, died at almost the same age, in the same mountain range, both doing what they loved best. Directed by Emmy award-winner Chris Terrill and produced by BAFTA award winner Olivia Lichtenstein, THE LAST MOUNTAIN  follows Kate Ballard on an emotional journey to say goodbye to her brother on Nanga Parbat. Using archive footage from 1995 and Tom’s own extraordinary footage taken up until the days before his death, the film explores what made Tom continue his

ascent with Italian climber Daniele Nardi after the  other two members of the expedition turned back. Combining years of intimate, unseen family archive with

footage of the family that director, Chris Terrill, has shot in the years since Alison’s passing, the documentary tells the unforgettable story of a family who lived – and were prepared to die – for the love of scaling the icy heights of the world’s highest peaks, and explore what it is that drives people to pit themselves against nature at its most ferocious and unforgiving. THE LAST 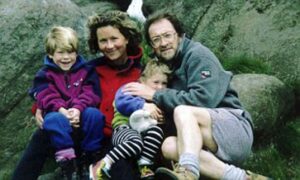 MOUNTAIN features revealing interviews with those left behind, among them: Alison’s widower, Jim Ballard, Tom’s sister, Kate, Stefy, Tom’s girlfriend, Karim Hayat, who left the expedition stating he ‘did not want to lose [his] life there,’ and Alex Txikon who led the search for Tom and

Daniele and found their bodies. Director Christopher Terrell and Producer Olivia Lichtenstein join us for a moving conversation on the dynamics of a family fascinated by the mystery and the danger of the earth’s most forbidding peaks and their own personal journey chronicling the enthralling saga of a caring and loving family willing to risk everything.

THE LAST MOUNTAIN will be released in the U.S. on Digital and on Demand from March 15, 2022.

“What elevates The Last Mountain is its coverage of the culpability issue. The film illustrates how we applaud and admire thrill-seekers for the risks they take, yet when things go wrong the impulse is to look for someone else to blame.“ – Jim Schembri, jimschembri.com

“This does make The Last Mountain an intimate and proud telling of his story though and something that may have made Tom proud to leave behind as his legacy.” – Joel Fisher, Battle Royale With Cheese