THE LONELIEST WHALE: THE SEARCH FOR 52 is a cinematic quest to find 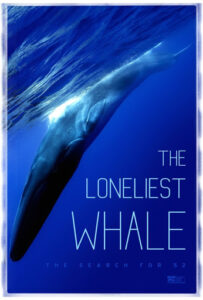 the “52 Hertz Whale,” which scientists believe has spent its entire life in solitude calling out at a frequency that is different from any other whale. As the film embarks on this engrossing journey, audiences will explore what this whale’s lonely plight can teach us — not just about our changing relationship to the oceans, but to each other. This is the only film that set out in search of 52. The 52 Hertz Whale was originally discovered in 1989. Over the last 3 decades 52 has become a global sensation capturing the hearts of fans around the world. This whale’s story has been featured in The New York Times, The Washington Post, Business Insider and more. Most recently the British Indie 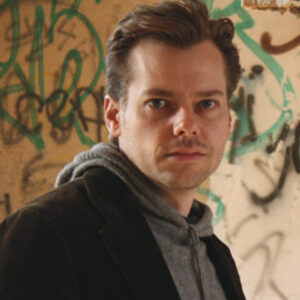 Rock band Amber Run and the K-pop band BTS have written songs about the whale.  Award winning filmmaker Joshua Zeman has been at the forefront of investigative documentaries for the past decade. His most recent work was the hit Netflix documentary series, THE SONS OF SAM: DESCENT INTO DARKNESS. His

critically-acclaimed film CROPSEY, a look into the disappearance of five children, is considered to be one of most terrifying horror documentaries of all time. Director Joshua Zeman joins us for a conversation on the primordial fascination that whales exert over humans, the impact his first encounter with Blue Whale had on him, how “singing Humpbacks saved whales for being hunted into extinction and why 52’s story has captured a world-wide audience.

For news and updates go to: bleeckerstreetmedia.com/the-loneliest-whale

“While 52 remains something of a mystery, The Loneliest Whale renders him less of a metaphor.” – Mark Jenkins, Slant Magazine

“…the work is very informative, not only about 52, but about the whale songs that engaged human interest in their fates and the perils facing them in today’s oceans.” – Laura Clifford, Reeling Reviews