THE MURDERS AT STARVED ROCK explores this 60-year-old murder mystery. 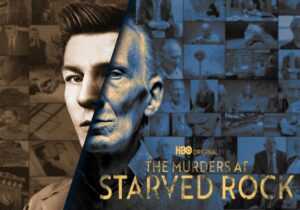 The convicted killer, Chester Weger, maintains his innocence after sixty years in prison and seeks exoneration. Haunted by the murders in his hometown, David Raccuglia has spent the last 15 years delving into the case files, convinced that the whole truth has yet to be uncovered. As a child growing up in LaSalle, David lived in fear of Weger, who was characterized as the local “bogeyman.” Further complicating David’s search for answers is the role his own father played in the trial; Anthony Raccuglia was the determined, young prosecutor who put Weger behind bars, believing steadfastly in his guilt. With a 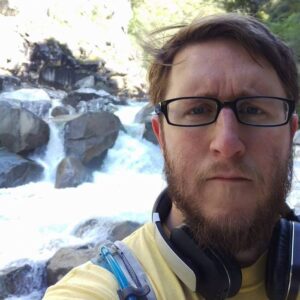 complicated father/son relationship at its core, THE MURDERS AT STARVED ROCK traces a twisting path of inconsistencies, cover-ups and lies, unearthing new clues and potential suspects while questioning the very nature and reliability of memory. At the heart of THE MURDERS AT STARVED ROCK is David’s tension-filled interview with his late father that speaks to the divisive feelings that the case still engenders. Hard-boiled investigators, local reporters, family members and eccentric townsfolk, each with their own theories, also lend their insight to the series and a wealth of archival materials transports us back to 1960. Several interviews with Weger

himself reveal a sympathetic man steadfast in his claims of innocence, but is he an unreliable narrator of his own story? Director Jody McVeigh-Schultz (McMillion$, Drunk History, Last Chance U) joins us for a conversation on the fascinating trajectory of this thoroughly engaging docu-series, the wide-ranging reaction to the murders from the people living in LaSalle, the impact that David’s film project has had on his own family and the ambiguity that continues to shadow this tragic tale.

For news and updates go to: hbo.com/murders-at-starved-rock

About the filmmaker – Jody McVeigh-Schultz was raised near Philadelphia and attended USC to study Film/TV Production. In 2021 he directed and co-executive-produced HBO’s three-part documentary series The Murders at Starved Rock. He’s been nominated for three Emmys for his editing on HBO’s McMillion$ and Comedy Central’s Drunk History. He’s also known for his work on Netflix series Last Chance U (which he also co-produced), Last Chance U: Basketball, Cheer, Exhibit A, animated comedy Big Mouth, and Howard Zinn’s feature documentary The People Speak. In 2016, Gravitas Ventures released his writing and directing debut, narrative feature, Echo Lake, which won “Best Director” and “Best Film” in its festival run. For more go to: chodyms.portfoliobox.net