On a cold February night in 1983, Wanda Lopez was stabbed to death while 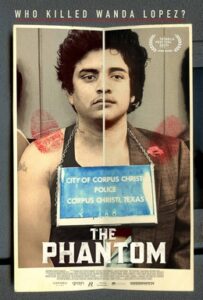 she worked at a Corpus Christi Texas gas station. 21 year old Carlos DeLuna was arrested, and over the next six years, through his trial and subsequent imprisonment he protested his innocence, declaring that it was another Carlos who committed the crime. The prosecution insisted that this other Carlos was a “phantom’ and didn’t exist. THE PHANTOM tells the story of one of the darkest episodes in the long history of American justice. A story of how the State of Texas knowingly sent an innocent man to his death and left a serial killer at large. A case in which — for the first time — it can be conclusively proven that the US courts executed a blameless man. This film uncovers the shocking truth behind a tale of murder, corruption and lies that unfolded in  the dusty, desperate streets of a Texas oil town nearly thirty years ago. 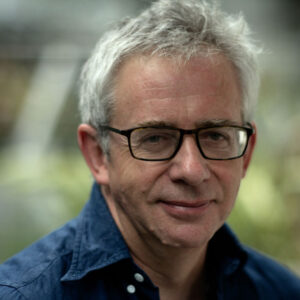 Through illuminating interviews with witnesses, Carlos DeLuna’s family members, and legal experts the film asks, for the first time since 1983, if the judicial system executed an innocent man, examining key evidence that calls into question whether or not Carlos DeLuna was right about the other Carlos. Was he a phantom after all, or was he a brutal killer, and did a poor Hispanic young man have any chance within a justice system and a society that by its actions seemed to regard him as disposable? Director Patrick Forbes (The Widowmaker, Brexit: A Very British Coup) joins us for a conversation on a criminal justice system that spends more time obfuscating and dodging questions about their investigation and prosecution of an innocent man than reforming a system that makes a fatal mistake possible and coming clean about why Carlos DeLuna was really put to death.

For news and updates go to: the-phantom

About the filmmaker- Director, Producer, Writer Patrick Forbes career began as a very junior researcher on a BBC series, when he was arrested after discovering Britain had a (secret) spy satellite. At that moment it was clear that documentaries offered a lot more excitement and interest than his previous career a bank economist. He’s gone on to become one of Britain’s best documentary directors – winning the best director Bafta for his Channel 4 series ‘The Force’, best series Bafta for ‘The National Trust’ (BBC), and having his documentary feature about Julian Assange, ‘Wikileaks; Secrets & Lies’, premier at SXSW, before being seen around the world. Patrick believes that documentary is an art form that is as vital, exciting and uplifting as the best drama – a view confirmed by his recent films tracking Britain’s tumultuous exit from the European Union, where everyone involved talks with extraordinary candour about this defining moment of history.

“A fascinating and ultimately infuriating look at a fatal miscarriage of justice in Texas.” – Joe Leydon, Variety

“The incident and its aftermath has an entire thriller’s worth of twists and turns, and the film makes persuasive arguments regarding racial bias and the death penalty.” – Todd Jorgenson, Cinemalogue

“The first part of The Phantom could almost be a summation to the jury by the prosecution.” – Nell Minow, RogerEbert.com