THE RESCUE LIST focuses on a hidden safe-house in the Ghanaian forest, where social 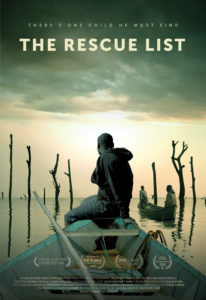 workers help two children recover from a childhood enslaved to fishermen on Lake Volta – the largest man-made lake on Earth. But their story takes an unexpected turn when their rescuer embarks on another rescue mission and asks the children for help. THE RESCUE LIST charts the unfolding drama of these rescue operations alongside a stirring portrait of the boys’ recoveries as they prepare to return to their families. The film depicts a moving story of friendship and courage that transcends the trope of victimhood, exploring what it means to love and to survive. Co-directors Alyssa Fedele and Zachary Fink join us for an in-depth conversation on the ground truth about human trafficking in sub-Sahara Africa, gaining the access and the trust of all the people in the film and their own reflections on how witnessing these people’s stories has impacted them.

To watch The Rescue List on PBS POV go to: therescuelist.com

ALYSSA FEDELE – PRODUCER  //  DIRECTOR  //  EDITOR – Alyssa Fedele is a documentary filmmaker and anthropologist based in San Francisco.  In 2016, She produced

and edited The Ride of Their Lives, directed by Steve James, about youth rodeo bull riding. It premiered at Sundance and is distributed by Amazon Studios in the series The New Yorker Presents. Her work has appeared on National Geographic Channel, Amazon Studios, and PBS, and screened at IDFA, SFFILM, and Big Sky Film Festival. Alyssa directed, produced, and edited The Rescue List, which screened at Full Frame and DOC NYC and won awards at BendFilm and Heartland International Film Festival.Alyssa is a former resident at SFFILM’s FilmHouse and she is a recipient of the SFFILM Documentary Film Fund. She has a master’s degree in visual anthropology from the University of Manchester.

ZACHARY FINK – PRODUCER // DIRECTOR // CINEMATOGRAPHER – Zachary Fink is a documentary filmmaker and cinematographer. His immersive observational approach to storytelling is deeply influenced by his academic roots in cultural anthropology and visual 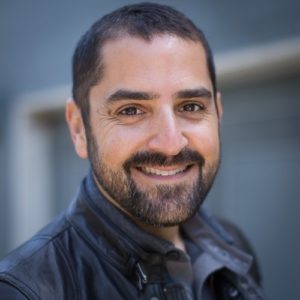 ethnography. He recently lensed Rob Epstein and Jeffrey Friedman’s SXSW opening night premiere, State Of Pride, which takes an unflinching look at the diverse expression of Pride 50 years after Stonewall. Last year he spent a month at McMurdo Station in Antarctica where he field directed and shot a forthcoming PBS NOVA series about how science is conducted on the harshest continent. In 2016, Zachary produced  and filmed The Ride Of Their Lives, a short directed by Steve James about youth rodeo bull riding. It premiered at Sundance as part of the Amazon Studios series, The New Yorker Presents. His work has appeared on PBS, HBO, National Geographic Channel, and Discovery Channel, and he has produced and directed projects for Facebook, Apple, Google, and for the Harvard Film Study Center. Zachary has a master’s degree in cultural anthropology and an MFA in film production from California Institute of the Arts. Together with Alyssa Fedele, he runs the production company Collective Hunch.

“The Rescue List isn’t an exposé on the subject in the strictest terms, but by sticking close to those who’ve lived through such nightmares, Fedele and Fink tell the viewer all they need to know about the dangers involved.” – Andrew Parker, The Gate

“Saving defenseless kids from the cruelty of Lake Volta must be some of the most challenging work imaginable, but The Rescue List ultimately resonates because of how little it can take to show them their own strength.” – David Ehrlich, indieWire

“Focusing on a rescue-and-rehabilitation organization and several youths it plucks from servitude, this is an involving indictment with enough individual human-interest elements to avoid being too much of a grim screed.” – Dennis Harvey, Variety