A decade after The Story of Film: An Odyssey, an expansive and influential 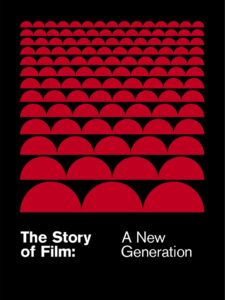 inquiry into the state of moviemaking in the 20th century, filmmaker Mark Cousins returns with an epic and hopeful tale of cinematic innovation from around the globe. In The Story of Film: A New Generation, Cousins turns his sharp, meticulously honed gaze on world cinema from 2010 to 2021, using a surprising range of works—including Frozen, The Babadook, and Cemetery of Splendour—as launchpads to explore recurring themes and emerging motifs, from the evolution of film language, to technology’s role in moviemaking today, to shifting identities in 21st-century world cinema. Touching on everything from 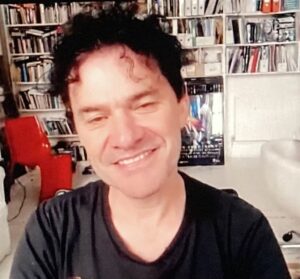 Parasite and The Farewell to Black Panther and Lover’s Rock, Cousins seeks out films, filmmakers and communities under-represented in traditional film histories, with a particular emphasis on Asian and Middle Eastern works, as well as boundary-pushing documentaries and films that see gender in new ways. And as the recent pandemic recedes, Cousins ponders what comes next in the streaming age: how have we changed as cinephiles, and how moviegoing will continue to transform in the digital century, to our collective joy and wonder.  Director Mark Cousins stops by for an optimistic conversation on the state of filmmaking in every corner of the world and how that will continue to feed our collective imagination and our eternal desire to tell our stories.

THE STORY OF FILM: A NEW GENERATION opens theatrically in New York, Los Angeles and select additional cities on Friday, September 9, followed by a digital release on all major platforms on Tuesday, September 20. This compelling new documentary will arrive on DVD on Tuesday, October 18. Music Box Films also announces plans to release a new Blu-ray box set, THE COMPLETE STORY OF FILM, including both THE STORY OF FILM: AN ODYSSEY and A NEW GENERATION, available in time for holiday gift giving.

About the filmmaker: Mark Cousins is a filmmaker, critic and programmer. He programmed the Edinburgh Film Festival (1996-97), hosted BBC2’s Moviedrome (1997-2000) and Scene by Scene (1999-2000), and is the author of The Story of Film and (with Kevin Macdonald) Imagining Reality: the Faber Book of Documentary.  His movies include I Am Belfast, The First Movie, The Eyes of Orson Wells, The Story of Film: An Odyssey, Women Make Film: A New Road Movie Through Cinema,  and A Story of Children and Film. His latest film is The Story of Film: A New Generation, released by Music Box Films. He is the co-founder (with Tilda Swinton) of the 8½ Foundation.

“Cousins’ observations are, by their very nature, particular and personal – but that is part of the joy of this sort of essay film.” – Amber Wilkinson, Eye for Film

“A New Generation offers no earthshattering conclusions. There is no pretense of covering everything, just a chance to swim in Cousins erudite passion for film and answer his call to keep the faith.” – Allan Hunter, Screen International

“This is an unashamed celebration of cinema as an art-form: Cousins is an aesthete.” – Peter Bradshaw, Guardian

“Another engaging documentary [from Mark Cousins], a journey around the cinematic world over 160 minutes that’s clever and informative” – Brian Tallerico, RogerEbert.com

“Cinema is a conversation and often an argument, and Mark Cousins is a hell of a fun guy to have an argument with.” – Steve Pond, TheWrap