In his debut feature documentary THE TERRITORY Alex Pritz provides an 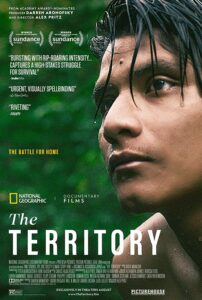 immersive look at the tireless fight of the Amazon’s Indigenous Uru-Eu-Wau-Wau people against the encroaching deforestation brought by farmers and illegal settlers. With awe-inspiring cinematography showcasing the titular landscape and richly textured sound design, the film takes audiences deep into the Uru-Eu-Wau-Wau community and provides unprecedented access to the farmers and 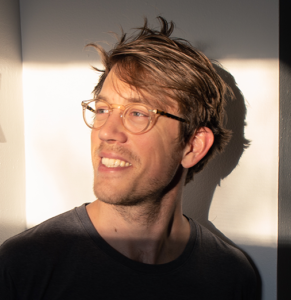 settlers illegally burning and clearing the protected Indigenous land. Partially shot by the Uru-Eu-Wau-Wau people, THE TERRITORY relies on vérité footage captured over three years as the community risks their lives to set up their own news media

team in the hopes of exposing the truth. Director Alex Pritz joins us for a informative conversation on the importance that he placed an even-handed approach to conveying the disparate strands of a complex story whose outcome will have a profound impact on the indigenous Uru-Eu-Wau-Wau people, the region surrounding the Amazon rainforest and planet Earth.

For news and updates go to: nationalgeographic.com/the-territory

For more on other films: nationalgeographic.com

About the filmmaker – Director and cinematographer Alex Pritz is focused on human’s relationship with the natural world. Pritz’s directorial debut, THE TERRITORY, premiered in the World Cinema competition at Sundance 2022, winning both an Audience Award and Special Jury Award for Documentary Craft, making it the only film at that year’s festival to win awards from audience and jury alike. Pritz also worked as a cinematographer on the feature documentary “The First Wave” with director Matt Heineman, as well as a cinematographer and field producer on Jon Kasbe’s feature documentary “When Lambs Become Lions”. Prior to that, Pritz co-directed, shot and edited the documentary short “My Dear Kyrgyzstan”. He is a co-founder of Documist and has received grants from the Sundance Institute, IDA Enterprise Fund, Catapult Fund and Doc Society. Pritz holds a Bachelor of Science from McGill University, where he studied Environmental Science and Philosophy. In 2012, he received an inaugural Dalai Lama Fellowship for his work developing film curricula alongside low-income communities in the Philippines and taught participatory film workshops for lawyers and human rights advocates around the world.For more go to: alexpritz.com

“A stunningly intimate look at the stakes surrounding this conflict, shot over three years with remarkable clarity and beauty by Pritz and Tangãi Uru-eu-wau-wau, a member of the tribe.” – Amil Niazi, Globe and Mail

“The Territory is visually magnificent in its construction as it beholds all of this while remaining resolute as it confronts the bleak future ahead.” – Chase Hutchinson, Collider

“A harrowing, tense, and often frustrating experience, The Territory is an unmitigated success in capturing both sides of a problem.” – Christopher Cross, Tilt Magazine

“When settler Sergio says, “They don’t create anything, they just live there” as a justification for illegally encroaching on their land, the moral hollowness of capitalism lands like a sick thud.” – Sheri Flanders, Chicago Reader