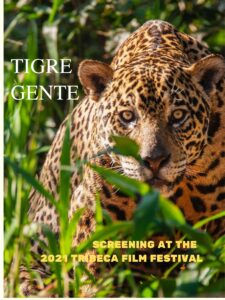 unfolding in Bolivia’s Madidi National Park—home to the planet’s most biodiverse land. As China pours hundreds of billions of dollars into South American infrastructure, jaguars are disappearing from the continent’s most protected rainforests. Unger takes a truly unique and timely approach to wildlife crime by exploring the cultural drivers and deeply rooted traditions of traditional Chinese medicine that are fueling the criminal massacre of the Jaguar species to feed the black market. On her dangerous, six-year documentary shoot, Unger follows Bolivian park ranger, 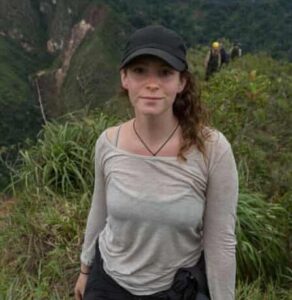 Marcos, and a young Hong Kongese journalist, Laurel, as they risk life and limb in South America, Myanmar and China to investigate the new cultural, commercial and criminal phenomenon. Along the way, her subjects grapple with questions around bridging the cultural

gap and creating understanding to prevent the new jaguar trade from spiraling out of control. Director Elizabeth Unger joins us to talk about her own journey in documenting the burgeoning illegal animal trade that seems to shadow China’s growing presence in Third World nations as well as the daunting personal challenges and satisfaction that come with her debut feature documentary’s World Premiere at the 2021 Tribeca Film Festival.

For the streaming release go to: xtr.com/films/tigre-gente

About the filmmaker – Elizabeth Unger is a National Geographic Explorer and filmmaker who has worked and traveled across all seven continents. She is a Sundance Institute Documentary Film Program Grantee for her feature-length debut, Tigre Gente.