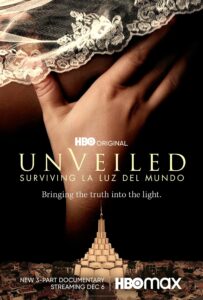 unknown story of the Christian church La Luz del Mundo (LLDM) and the sexual abuse that scores of members, many of them minors, say they have suffered at the  hands of its successive leaders, known as the “Apostles.” Told from the point of view of the survivors who met on Reddit to share their stories of abuse, the series chronicles the history of one of the most powerful religious groups not only in Mexico where it was founded, but also in the United States, while giving voice to the men and women who were brave enough to

stand up and call out the heinous crimes. Under the guise of the only true church offering eternal salvation, LLDM, which claims to have congregations in over 50 countries and over five million followers, was founded in 1926 by Aarón Joaquín Gonzalez. Joaquín Gonzalez was succeeded by his son and then grandson, all three Apostles said to be appointed by “divine revelation.” Now, scores of former members have come 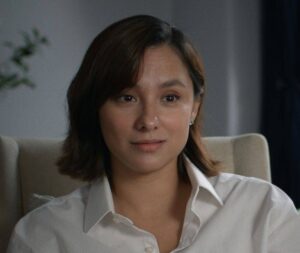 forward to describe how the Apostles built and maintained a system to procure and groom children for abuse. The series culminates in the events leading up to the 2019 arrest of the current Apostle, Naasón Joaquín García and his present-day trial, shedding light on a story that was all but ignored by mainstream media, and illustrating the positive power of social media to unite and provide agency to the survivors.  Award-winner

filmmaker Jennifer Tiexiera joins us to talk about the power and reach of the “Apostles”, the church followers and their work to intimidate  and undermine the credibility of the abused, the kind of high powered legal protection  that money can buy and the courage of, not only the abused, but their loved ones to bring some measure of justice to the church.

For more go to: hbo.com/unveiled-surviving-la-luz-del-mundo

About the filmmaker – Jennifer Tiexiera is an award winning documentary director, producer and editor and one of the co-founders of Lady & Bird, a female-run documentary production company focused on telling stories from underrepresented voices. Most recently, she directed Subject which made it’s debut at the 2022 TriBeCa Film Festival. In 2020, she completed P.S. Burn this Letter Please– a film that begins with the impossible discovery of a box of letters that date back to the early 1950’s and reveal an untold and secret history of New York’s LGBT community. P.S. Burn this Letter Please made it’s debut at the 2021 TriBeCa Film Festival and won the Audience Award for Documentary Feature at the 2020 OutFest Film Festival. She edited Mija which made it’s premiere at the 2022 Sundance Film Festival and was recently purchased by Disney Original Docs. In 2019, she completed 17 Blocks– a documentary directed by Davy Rothbart and spanning over 20 years as it intimately follows the lives of a Washington DC family deeply affected by gun violence. 17 Blocks premiered at the TriBeCa Film Festival where Tiexiera was awarded Best Editing in a Documentary Feature Film. In 2017, she both produced and edited the documentaries, A Suitable Girl, winner of the Albert Maysles Award at the TriBeCa Film Festival and Waiting for Hassana, official selection of the Sundance, SXSW, and Toronto Film Festivals. Tiexiera has produced and edited numerous VR documentaries as well- ZIKR: A Sufi Revival and The Day the World Changed, official selections of the 2018 Sundance Film Festival and 2018 TriBeCa Film Festival respectively. She conducted IDA Extended Reality (XR) Master Class and in 2017, she edited The Last Goodbye which made it’s debut at the 2017 TriBeCa Film Festival, internationally at the 2017 Venice International Film Festival, and won the 2018 Lumiere Award for Best VR Documentary. Her previous work also includes the documentary, Salam Neighbor, narrative film, Road to Paloma and the 2011 SXSW Documentary Grand Jury Winner, Dragonslayer. Some of her television credits include documentaries, Oprah Builds a Network and Biggie : The Notorious Life of B.I.G., the Emmy-nominated ESPN film, The Marinovich Project, and short film Woinshet, directed by Marisa Tomei and Lisa Leone for PBS. Tiexiera is a proud member of the Brown Girl Doc Mafia, the Documentary Producers Alliance, the International Documentary Association, LatinX Directors, Women in Film and Film Fatales. She is currently in post-production directing her first series, Unveiled: Surviving La Luz Del Mundo, for Jigsaw/HBO.