AMERICAN FACTORY tells the story of a Chinese billionaire opening a new factory in the husk of an abandoned General Motors plant in Dayton, Ohio, hiring 2,000 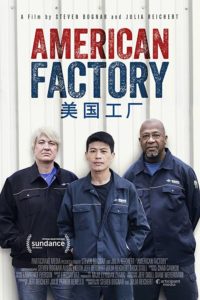 blue-collar Americans still recovering from the effects of the 2008 recession. Working side-by-side with experienced Chinese workers, the locals are optimistic about the future for the first time in almost a decade. But early days of hope give way to setbacks as high-tech China collides with working-class America, and issues of language and culture become seemingly insurmountable walls between clashing factions. AMERICAN FACTORY, the new film from Academy Award®-nominated directors Steven Bognar and Julia Reichert, documents the revitalization of one long-shuttered factory while providing a startling glimpse into a global economic realignment now playing out in towns and cities across the country — and around the world. Granted generous access to the factory, and with the in-depth participation of its employees, Bognar, Reichert and their team spent three years following Fuyao Glass America’s launch of a state-of- the-art glassmaking facility employing hundreds of Chinese and thousands of Midwestern workers

in the American heartland. Capturing surprisingly candid moments of people ranging from the visionary billionaire who financed the enterprise to American and Chinese workers on the factory line, AMERICAN FACTORY presents a microcosmic view of a global phenomenon that could represent a new normal for the American working class. Co-directors Steven Bognar and Julia Reichert join us for a lively conversation on the challenges of telling a multifaceted of people desperate for a new beginning working for an employer who sees the workplace from a point of view rooted in a culture a half a world away.

About the Filmmakers: STEVEN BOGNAR & JULIA REICHERT (Directors, Producers) are Oscar®-nominated documentary filmmakers whose work has screened at Sundance, Telluride, SXSW and other major festivals, as well as on HBO and PBS. Their film A Lion in the House, a co-production with ITVS, premiered at Sundance, 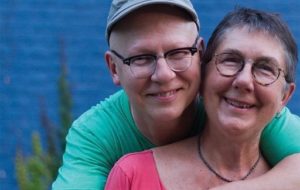 screened on the PBS series “Independent Lens” and won a Primetime Emmy®. Their film The Last Truck: Closing of a GM Plant premiered at the 2009 Telluride Film Festival, screened on HBO, and was nominated for an Academy Award® for Best Documentary Short in 2010. Their films have, for the most part, told stories of rank-and-file citizens grappling with questions of agency and how to have a decent life. Julia Reichert’s work, in particular, spanning 50 years of filmmaking, has a through-line of concern for working-class and women’s stories. Julia Reichert was also Oscar®-nominated for her documentary feature films Union Maids (1977) and Seeing Red: Stories of American Communists (1983). Her first film, Growing Up Female, was selected for the National Film Registry by the Library of Congress. She is the 2018 recipient of the IDA Career Achievement Award. Bognar’s films Personal Belongings, Picture Day and Gravel all premiered at the Sundance Film Festival.

American Factory opens in Los Angeles on Wednesday, August 21 at the Landmark Theatre

“INTIMATE AND EPIC. 30 years after Roger And Me, a similarly vital story updated and made relevant for our globalised age.” – Anthony Kaufman, Screen

“Of all the documentaries you see this year, this one most potently embodies the ever-changing sense of the words “Made in America.” – Peter Debruge, Variety