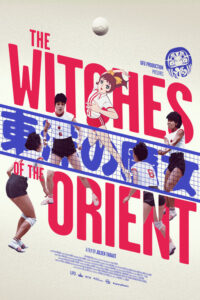 the pride of an entire nation? Julian Faraut’s (John McEnroe: In The Realm of Perfection) ferociously innovative and visually stunning The Witches of the Orient tells the tale of the Japanese women’s volleyball team’s thrilling rise, unbelievable 258 games winning streak, and eventual Olympic gold at the 1964 Tokyo Olympics. United by their jobs in a textile factory, the Japanese women’s volleyball team chased absolute perfection under the guidance of their grueling coach Hirofumi Daimatsu. Known as “the Demon,” his intense, endless

practice sessions, shaped the team into a powerful force striking fear in the hearts of their competitors and earning them the racist and dismissive moniker “oriental witches.” Faraut’s sparkling documentary uses fantastic manga and anime sequences, such as Attack no 1 (1968), with archival footage of 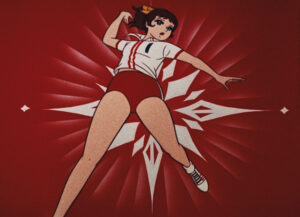 rise and overwhelmingly vital spirit. The ‘Witches’ success is infectious and offers a hopeful prelude to the 2021 Tokyo Olympic Games. Director Julien Faraut joins to talk about the players rigorous training regime, the complicated relationship they had with their coach, Hirofumi Daimatsu, and the enduring bond between the women / factory workers that has lasted for nearly 60 years.

For news and updates go to: kimstim.com/film/the-witches-of-the-orient

About the director –Having worked with the French Sports Institute (INSEP) for 15 years, Julien has had access to a large and mostly unseen collection of 16mm archival footage, aiming to bridge the connections between sport, cinema and art. With a fascination for the incredible achievements of highly skilled athletes, Julien’s portfolio of work explores these unique and astonishing human beings through the medium of film.

“The world-beating Japanese women’s volleyball team of the 1960s roars colourfully back to life.”- Screen Daily

“If the team was derided by their prejudiced (and defeated) foes in the moment of their success, this documentary elegantly restores the glow of legend, saving the champions the trouble of having to explain their heroism in words.” – Teo Bugbee, New York Times

“One of the more engrossing sports documentaries in recent memory, and it is one that even those without much interest in athletics in general or volleyball in particular will find to be worth watching.” – Peter Sobczynski, eFilmCritic.com