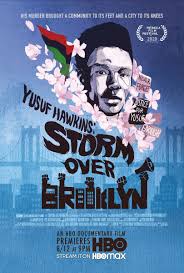 (“Life’s Essentials with Ruby Dee”) and debuting on HBO Wednesday, August 12 tells the story of Yusuf Hawkins, a black teenager who was murdered in 1989 by a group of young white men in Bensonhurst, Brooklyn. Yusuf Hawkins’ death and the official response to it sparked outrage in New York, unleashing a torrent of racial tension and spurring tireless civil rights activism that exposed deep racial prejudices and inequities which continue to plague the country today. Over 30 years later, New Yorkers, including Yusuf’s family and friends, reflect on the tragedy and the subsequent fight for justice that inspired and divided New York City. YUSUF HAWKINS: STORM OVER BROOKLYN utilizes archival footage and photos, witness statements, news footage, in addition to candid interviews with Yusuf’s mother, Diane; brothers, Freddy and Amir; cousins, Darlene and Felicia Brown; and friend Christopher Graham and the two 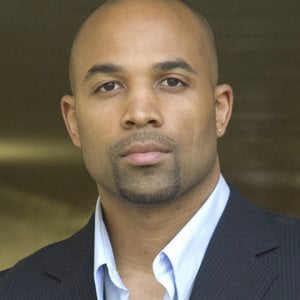 friends with him during the attack, Luther Sylvester and Bensonhurst native Russell Gibbons. A harrowing account of an immutable part of the city’s history, and of a family coping with profound grief deepened by injustice, YUSUF HAWKINS: STORM OVER BROOKLYN details how the senseless murder that

shook the foundation of the city shed light on deep racial divisions and inequity. Yusuf’s death and the demands of his family and community had political ramifications that contributed to the ousting of New York Mayor Ed Koch in favor of David Dinkins, the city’s first and only black Mayor. Director Muta’Ali Muhammad joins us to talk about how the murder of Yusuf Hawkins pulled back the curtain on the racism, both past a present can rear its head anywhere in America, even in a city thought to be a bastion of racial tolerance.

For news and screenings go to: hbo.com/yusuf-hawkins-storm-over-brooklyn

About the filmmaker: Muta’Ali is an award-winning film director from Westchester County, NY. His latest feature documentary “Yusuf Hawkins: Storm Over Brooklyn” airs on HBO this August 12th at 9PM. His past documentary films include the award-winning “Life’s Essentials with Ruby Dee”, which featured notable guests including Harry Belafonte, Alan Alda, and Spike Lee. Muta’Ali is determined that his artistic body of work be wholly focussed on what he calls “Love, Art & Activism”. For more on Muta’ Ali go to:mutaali.com

“Muta’Ali Muhammad’s documentary focuses on a pivotal time in New York City’s history and includes an impressive set of interviews with many of those connected to the event, its consequences and Hawkins’ legacy.” – Dwight Brown, National Newspaper Publishing Association