Centuries ago, many cultures believed the Earth was a flat disc. As scientific thought and technology evolved, the Earth was revealed to be a globe, a view that’s widely 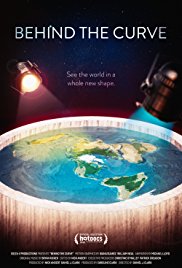 accepted today—but not by everyone. In Daniel J. Clarks feature documentary, Behind the Curve explores the internet fueled resurgence of the flat Earth movement. These conspiracy theorists deny the scientific model of the globe and join together through conventions, forums and online platforms to discuss their belief system. On the other end of the spectrum, the scientific community aims to counter this

resurrected myth, resulting in an ever- growing public battle of conspiracies and anti-intellectualism.  Giving a well-rounded look at all sides of the debate, Behind the Curve shows that no matter where you stand on this issue, the conversations and people around it are anything but flat. Director Daniel J. Clark joins is to talk about all of the various factions and personalities that make up flat-earth society and his film’s debut at the 2018 Hot Docs Film Festival.

For news and updates go to: behindthecurvefilm.com

Behind the Curve at HotDocs 2018

“Unlike a few other films about people who hold questionable beliefs, Behind The Curve is a remarkably clear-eyed look at the Flat Earth movement, in which people around the globe (but mostly in America) labour to convince the rest of us that our planet is flat – more like a terrarium, really – but sinister forces have gone to elaborate lengths to keep it quiet.” – Norman Wilner, NOW