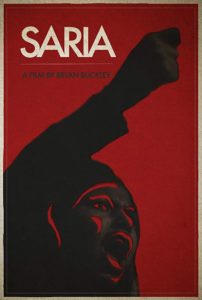 SARIA explores the unimaginable hardships faced by young female orphans at the Virgen de La Asuncion Safe Home in Guatemala, leading up to the tragic fire which claimed 41 of their lives in 2017. We follow the story of two inseparable orphaned sisters – Saria 12, and her sister Ximena 14, as they fight against mounting daily physical abuse at the very institution designed to protect them. In the sisters’ desperation for survival, they devise a daring plan of escape for all the orphans to find freedom in America. SARIA is premiering at the 2020 Oscar Shorts.

Director’s Biography: the New York times has dubbed Oscar-Nominee Bryan Buckley the “king of the Super Bowl,” having directed over 60 commercials for the big game since 2000. in 2013, Buckley wrote and directed the short film ASAD, which received an academy award nomination for “Best live action Short Film” and was cited by archbishop

Desmund Tutu in a speech as having helped stem xenophobia in his country. Buckley then followed up his short with two feature films – the 2015 Sundance Film Festival opener, THE BRONZE, and THE PIRATES OF SOMALIA, which had its world premiere at the 2017 Tribeca Film Festival. A 2010 Adweek Readers Poll named Buckley the commercial Director of the Decade – he was also named one of the 50 best Creative Minds in the last 25 years by Creativity Magazine. Buckley is an esteemed recipient of the DGA award, multiple Emmys, and over 50 Cannes lions. Most recently, he won the 2019 Cannes Grand prix for his work on MARCH FOR OUR LIVES “GENERATION LOCKDOWN,” done in support of the S.42 Background Check Expansion Act.

For news and updates go to: sariafilm.com