On December 11, 1965, The Velvet Underground played their first concert (and 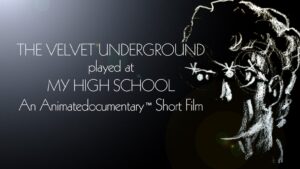 their first paid gig) at the most unlikeliest of places: a high school auditorium in Summit, New Jersey. They opened for a popular local band called The Myddle Class, who had a top 40 hit on the AM radio. The audience was packed with Myddle Class fans, who were mostly sheltered kids from this picture-perfect town some 25 miles west of New York City — kids who were just discovering the Beatles but who were still dancing the Lindy, the Waltz, and the Cha Cha at school dances. It was in this atmosphere that the black-leather-clad Velvets hit the 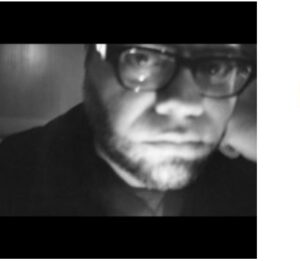 stage blasting loud, droning, screeching music laced with drug-and sex-infused lyrics. On the stage for merely 20 minutes, they performed three songs, ending with “Heroin,” and the audience responded with, as one of the band recalled in 1983, a “murmur of surprise that greeted our appearance” that “increased to a roar of disbelief as we started to play” and “swelled to a mighty howl of outrage and bewilderment…” Half the audience walked out. Director Robert Pietri joins us for a lively conversation on this little known cultural event, his friendship with award-winning cinematographer, eye-witness and inspiration for the film Tony Jannelli and the creative process he used to tell this story.

For news, screenings and updates go to: cornerbarpictures.com/velvet-underground-played

About the filmmaker: Writer/Director Robert Pietri, winner of several award-winning shorts and a feature length film, has been working on commercial/media related projects since graduating from NYU Grad Film program. His commercial clients include Pure Digital, the City of New York, TORAY, NYU, and Amazon Studios. He has been the recipient of grants from Fox Searchlab and IFP. Before filmmaking, he worked for years as an art director at MetaDesign, Razorfish, and Imaginary Forces.