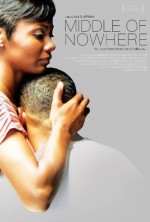 What happens when love takes you places you never thought you would go? As Ruby (Emayatzy Corinealdi) rides a bus through the inner city streets, she wills herself to push away memories that crowd her.  Four years earlier, she was a vibrant medical student married to the love of her life, Derek (Omari Hardwick). Now, she makes her way to the maximum security prison on the outskirts of town. This is where her love now resides. Behind coiled razor wire and forty foot concrete walls.  As the couple stares into the hallow end of an eight-year prison sentence, Ruby must learn to live another life, one marked by shame and separation.  But through a chance encounter with hard-working bus driver Brian (David Oyelowo) and a stunning betrayal that shakes her to the core, she is soon propelled in new and often frightening directions of self-discovery. As we chronicle her turbulent yet transformative journey, we witness the emergence of a broken woman made whole. Director Ava DuVernay joins us to talk about her remarkable film.

Winner of the 2012 Sundance Award for Best Director – Ava DuVernay

For the truth is that it is uncommon to see serious adult dramas this moving and accomplished, so attuned to real people and their complex, recognizable emotions, no matter the racial makeup of the characters involved. So though it echoes the films of Charles Burnett, the plays of August Wilson and “A Raisin in the Sun,” at its heart “Middle of Nowhere” is old-school, character-driven narrative at its most quietly effective. – Kenneth Turan, LA Times

The writer and director Ava DuVernay is after something exquisitely simple in “Middle of Nowhere”: she wants you to look, really look, at her characters. – Manohla Dargis, New York Times