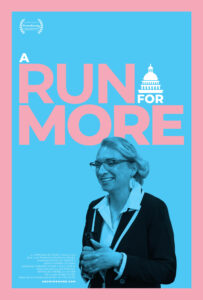 brave and arduous campaign to become the first trans woman to run for city council in her hometown of San Antonio, Texas. As a corporate executive, political campaigner, military spouse, and proud Latinx daughter of immigrants, Frankie Gonzales-Wolfe is used to fighting for other people’s causes, but this time it’s personal. Filmed over the course of three years, this moving documentary follows Frankie as she embarks on her 2019 campaign,  drawing on the strength she needed when 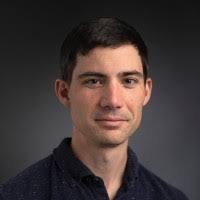 recovering from a pre-transition assault. Now happily married to a loving, supportive husband and surrounded by a loyal team of volunteers and  friends, Frankie takes on the fight of her life. A RUN FOR  MORE follows Frankie’s political and personal journey of discovery over the course of her historic

campaign, and what she uncovers about herself along the way is as eye-opening as the reactions she receives from the community she hopes to represent. Director Ray Whitehouse and Frankie Gonzales-Wolfe join us for a conversation on the mutual decision to move forward on documenting not just the public facing campaign of running for city council, but allowing Whitehouse and his crew into their home, as well as, bracing for the reaction, positive and negative, that comes when marginalized people speak up.

For updates and screenings go to: arunformore.com

About the filmmaker – Ray Whitehouse works at the intersection of documentary film and journalism. After growing up in Chicago, he lived in San Antonio, Texas, before moving to Washington, D.C. He served as the second unit director of photography on TO THE END, directed by Rachel Lears, which premiered at Sundance in 2022. BRING THEM HOME, a documentary short he co-directed and DP’d, premiered at the Big Sky Documentary Film Festival in 2022. He’s worked as a cinematographer on more than 20 documentary features and filmed, produced and edited projects for The New York Times, The Washington Post, TIME, and Univision, among others. He is community coordinator for the D.C. chapter of Video Consortium and a regional co-chair of the Documentary Producers Alliance. He holds an M.A. in documentary journalism from UNC Chapel Hill and a B.S. in journalism from Northwestern University. The core tenets of his practice are transparency, collaboration and critical reflexivity.