Inspired by the true historical event, BREAKING THE SILENCE 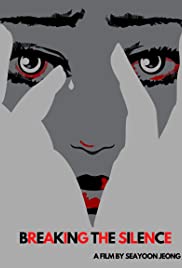 tells the story of Francesca (Grace Shen), a Chinese-American nurse working for the Red Cross in Hong Kong when the St. Stephen’s College massacre occurred. She survived but she and many other Asian women were captured then forced to work to “comfort” Japanese troops. Francesca finally comes to terms with her past after forty years by breaking her silence with a New York Times journalist. There are two comfort women memorials in California, one in Glendale and the other in San Francisco. The Glendale memorial was erected in Glendale Central

Park in 2013, shortly after Osaka Mayor Toshio Hashimoto made the controversial argument that World War II era comfort women were  “necessary” to “maintain discipline in the army.” BREAKING THE SILENCE is a new live-action short film by Seayoon Jeong, starring Grace Shen (“This is Us”, “Grey’s Anatomy”), Rumi Oyama (RUNNING FOR GRACE) and Grace Chim (“Neighbours”). Director Seayoon Jeong joins us to talk about her deeply personal story and the desire to keep this issue in the forefront of human rights and reconciliation.

For news and updates go to: breakingthesilence2020.com

** BREAKING THE SILENCE has been submitted to the Academy Awards for Best Live Action Short Film consideration.**

About the filmmaker – Seayoon Jeong has written a feature-length film on the same subject and will be self-releasing a book based on her script in January. Seayoon Jeong is originally from South Korea and spent her youth in Atlanta, Georgia. She is currently living in New York. Seayoon Jeong is available for interviews.

About the history – During WWII, Imperial Japan established military brothels known as “comfort stations” in the Pacific region as their military campaign intensified. Many young women from Korea, China, the Philippines, and other parts of Asia as well as the Netherlands and Australia – some as young as thirteen – were forced or duped into sexual enslavement. Many of these women died or were killed before they could be released.  Meanwhile, survivors of the harrowing militarized sexual enslavement wound up being shrouded in a profound sense of shame and guilt, living in the shadows of their former selves, resulting in an understated tragedy of the war that even today remains an unfamiliar war story to many.

“For its 27 minutes, Breaking the Silence showcases captivating filmmaking in exploring the reality of ‘comfort stations’ and its victims but also briefly the fight to have these atrocities recognized and condemned as war crimes.” – Corey Bulloch, UK Film Review

“Breaking the Silence” is a brutally sad film, and I couldn’t take my eyes off the screen…a fantastic short film that really knew how to push my emotional buttons.”- Will Conrad, Indyred