Twenty-five years after the 1995 Chicago heat wave, COOKED: Survival by Zip Code examines the events that led to the deaths of 739 people, mostly Black 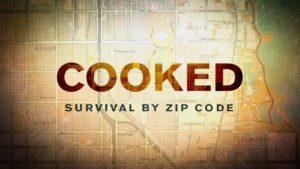 and in the poorest neighborhoods of the city. The film arrives at a time of growing calls across the country to declare racism a public health crisis and to reinvest in communities ravaged by the long-term impact of structural racism. A recent NYU study found life expectancy differentials as wide as 20-30 years linked to racial and ethnic segregation between neighborhoods in American cities. Adapted from Eric Klinenberg’s ground-breaking book ‘HEAT WAVE: A Social Autopsy of 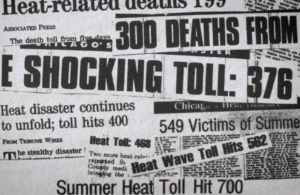 Chicago documentary production house behind Minding the Gap and Hoop Dreams. In COOKED, Helfand challenges herself, and ultimately all of us, to respond to the man-made disasters taking place in towns and cities across the country before the next unprecedented “natural” disaster hits. Director Judith Helfand joins us to talk about the systemic racism that makes the neighborhoods of the poorest the most likely location for

Independent Lens: COOKED: Survival by Zip Code will have its national television debut on the PBS television series Independent Lens on Monday, February 3 at 10:00 pm (check local listings), preceding coverage of the Iowa Caucuses. The film will also be available to stream at PBS.org and on the free PBS Video App throughout Black History Month.

For news and updates go to: pbs.org/independentlens

For news, screenings and updates go to: cookedthefilm.com

For more information about Cooked: Survival by Zip Code go to: independentlens/cooked