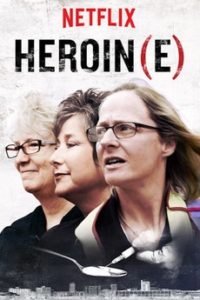 Heroin(e) focuses on the once a bustling industrial town, Huntington, West Virginia. Huntington has become the epicenter of America’s modern opioid epidemic, with an overdose rate 10 times the national average. This flood of heroin now threatens this Appalachian city with a cycle of generational addiction, lawlessness, and poverty. But within this distressed landscape, Peabody Award-winning filmmaker Elaine McMillion Sheldon (Hollow) shows a different side of the fight against drugs — one of hope. Sheldon highlights three women working to change the town’s narrative and break the devastating cycle of drug abuse one person at a time. Fire Chief Jan Rader spends the majority of her days reviving those who have overdosed; Judge Patricia Keller presides over drug court, handing down empathy along with orders; and Necia Freeman of Brown Bag Ministry feeds meals to the 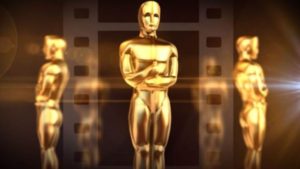 women selling their bodies for drugs. As America’s opioid crisis threatens to tear communities apart, the Netflix original short documentary HEROIN(E) shows how the chain of compassion holds one town together. Director Elaine McMillion Sheldon is a Peabody Award winning, Emmy nominated filmmaker and now Oscar nominated from West Virginia. HEROIN(E) was produced in association with the Berkeley-based Center for Investigative Reporting (CIR), as part of a new initiative to support women filmmakers. In 2016, Chicken & Egg Pictures awarded her with the inaugural “Breakthrough Filmmaker” award. Sheldon was a 2013 Future of Storytelling Fellow, and named one of the “25 New Faces of Independent Film” in 2013 by Filmmaker Magazine and one of “50 People Changing The South” in 2015 by Southern Living Magazine. She has also contributed several shorts to The New York Times Op-Docs. She joins us to talk about her clear-eyed, bracing film that shines a bright and intimate light on an epidemic that is destroying large swaths of American society.

For news and updates go to: heroinethefilm.com

“Finds the humanity numbers too easily ignore” – The Film Stage

“The one to beat at the Oscars..a knockout short” – Bohemian.com