On Oct. 24, 2011, 12-year-old Garrett Phillips was murdered in his home in Potsdam, a small town in upstate New York. Police quickly zeroed in 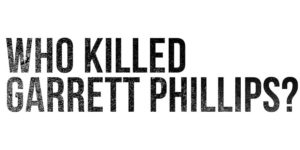 on a suspect in this unthinkable crime: Oral “Nick” Hillary, a black man in the mostly white community, who was a soccer coach at Clarkson University and the ex-boyfriend of Garrett’s mother, Tandy Cyrus. WHO KILLED GARRETT PHILLIPS? chronicles the five years following the murder, as Garrett’s family and community relentlessly seek justice for Garrett, and as Nick, who maintains his innocence, fights to clear his name and take back control of his life while raising five children. Through interviews with local police investigators, District Attorneys, defense 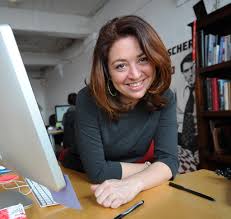 lawyers, Phillips’ family members, friends of Tandy Cyrus as well as Nick Hillary and his children, along with extensive police audio and video recordings, and courtroom footage, the film is a gripping, eye-opening look at how justice is delivered and delayed. WHO KILLED GARRETT PHILLIPS? seeks to uncover the truth behind both the tragic murder of a young boy that traumatized a town, as well as the vilification of a black man who was swept up in a quest for justice, and the enduring mysteries that remain. Directed by two-time Academy Award® nominee

and Emmy® winner Liz Garbus (HBO’s A Dangerous Son and Nothing Left Unsaid: Gloria Vanderbilt & Anderson Cooper, and What Happened, Miss Simone?), the captivating two-part documentary WHO KILLED GARRETT PHILLIPS? looks at the case from the initial investigation through the arrest and numerous legal twists and turns that culminated in Hillary’s trial for murder five years after the crime. Director Liz Garbus joins us to talk about how this case raises troubling questions of racial bias and issues surrounding policing and the criminal justice system.

For news and updates go to: hbo.com/documentaries/who-killed-garrett-phillips

For news and updates go to: moxiefirecracker.com