BLUE NOTE RECORDS: BEYOND THE NOTES chronicles one of the most important 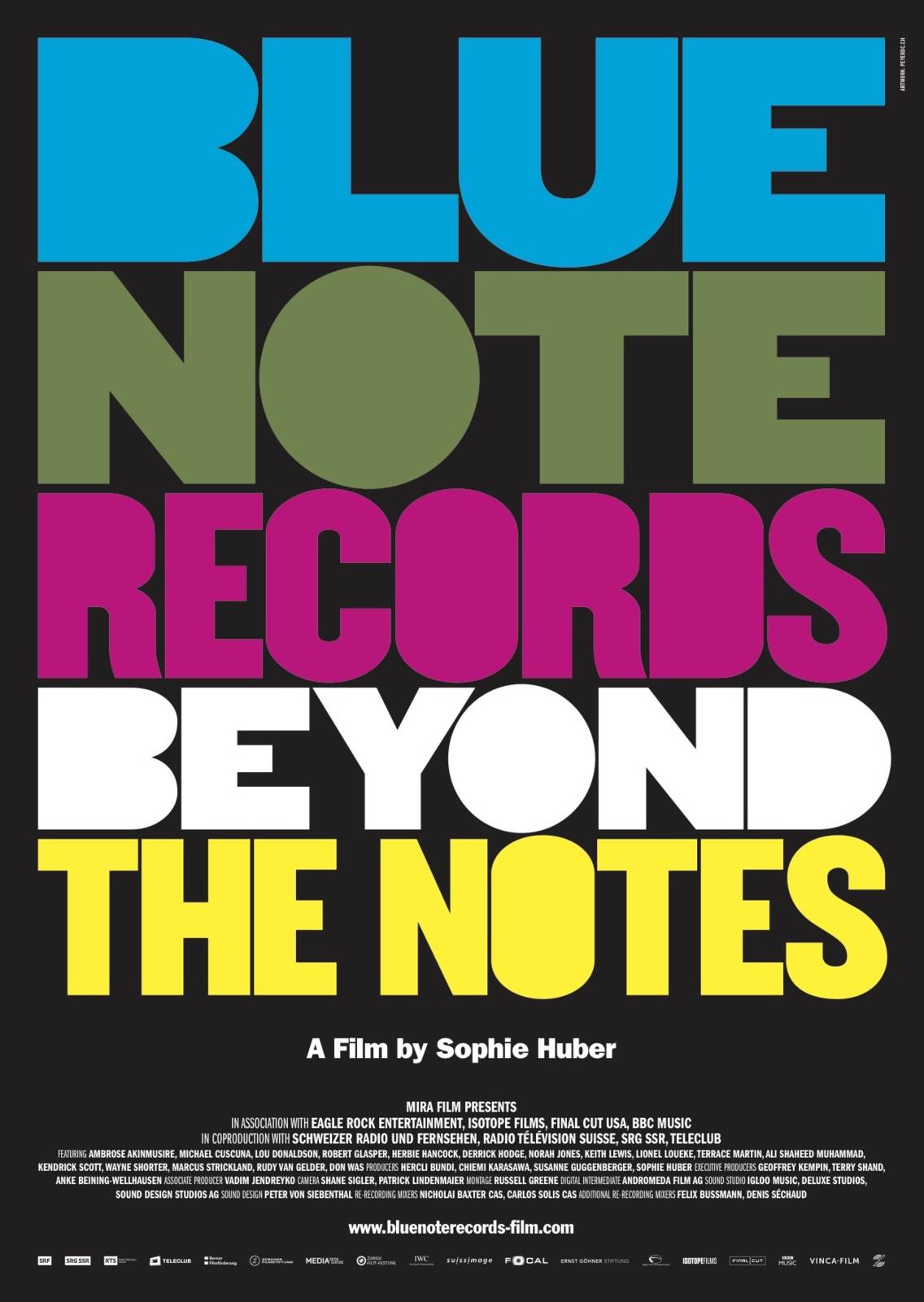 record labels in the history of jazz — and, by extension, that of American music. Blue Note Records has been home to such groundbreaking artists as Miles Davis, Thelonious Monk, John Coltrane, Bud Powell and Art Blakey, as well as present-day luminaries like Robert Glasper, Ambrose Akinmusire and Norah Jones. Founded in New York in 1939 by German Jewish refugees Alfred Lion and Francis Wolff, the history of Blue Note Records goes beyond the landmark recordings, encompassing the pursuit of musical freedom, the conflict between art and commerce and the idea of music as a transformative and revolutionary force. Through rare archival footage, current recording sessions and conversations with jazz icons Herbie Hancock, Wayne Shorter and today’s groundbreaking Blue Note musicians, BLUE NOTE

RECORDS: BEYOND THE NOTES reveals a powerful mission and illuminates the vital connections between jazz and hip hop. Filmmaker Sophie Huber gained her filmmaking experience as a member of an award winning Berlin film collective. Huber’s debut feature documentary, the critically acclaimed HARRY DEAN STANTON: PARTLY FICTION, premiered at the Venice Film Festival in 2012. Director Sophie Huber joins us to talk about chronicling the lives and musical journey for many of the greatest artists of the 20th Century and the German Jewish refugees who provided them with a platform in her second remarkable feature documentary BLUE NOTE RECORD: BEYOND THE NOTES.

For news and updates go to: bluenoterecords-film.com

For more about the filmmaker go to: facebook.com/sophie.huber

“The 85-minute film is a jazz nerd’s dream… Jazz’s evolution into hip-hop is a major theme in Beyond the Notes, which is in some ways also a hip-hop documentary and a passing of the torch.”  – Maiysha Kai, The Root

“Jazz lovers will go ape over Blue Note Records: Beyond the Notes… For jazz lovers worldwide, this Swiss doc is heaven-sent and heaven itself.” – Doris Toumarkine, The Film Journal

“Seductive and invigorating… taking the viewer beyond the music to immerse them in the talent, drive and sense of heritage that continue to propel the distinct mission …” – Jason Wood, Wire Magazine

“It’s about music, yes, but the label and this film concern more: Life-lessons, collaboration, open-minded attitudes and the value of submitting to the now.” – Brad Wheeler, Globe and Mail

“A must-see if you love John Coltrane … or Kendrick Lamar… And especially if you think jazz is dead.” – Pamela Espeland, Minnpost, Sound Unseen Review