Between 2015 and 2016, the number of homeless people in Los Angeles County rose 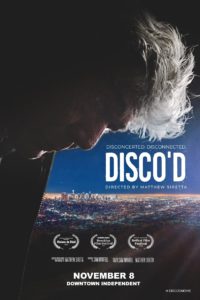 23% to nearly 58,000. DISCO’D is a character-driven portrait of individuals who were living on the street at the time of filming. This riveting, on-the-ground documentary film captures the moment-to-moment uncertainty and endless instability of life on the streets. Immersive and intimate, highlighting issues of displacement, affordable housing, addiction, consumerism, and sanitation, DISCO’D examines the nature and complexities of homelessness. Navigating through the streets with those who live there, DISCO’D tells a story of those affected by homelessness in Los Angeles. We have seen homeless communities sweep into all parts of the city in recent years. Director, / Producer / Editor  Matthew Siretta and Producer / Sound Engineer Sam Mantell join us to talk about his unsettling film that captures the chaos and sheer hopelessness of the men and woman with no where else to go.

Filmmaker(s) statement: “As filmmakers, we tried to explore human connections by examining interpersonal relationships, and self-reflection, while maintaining a firm look at the people who live within this uneasy margin of society. By facilitating a conversation about these individuals’ relationships with themselves, others, and the city that contains 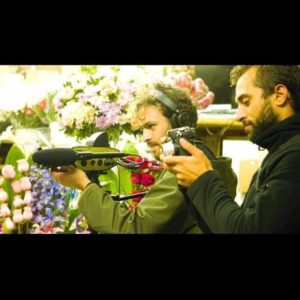 them, we can intimately recognize and connect with them in a very real way. From the beginning, our intention was to make a film that felt personal and experiential, with a narrative that emerged from the frame of human behavior. We wanted to focus on the visceral aspects of their stories, relating to them through feeling, expression, action, and reaction. For us, it was important to remain open to discovery, new connections, and interesting juxtapositions. As they share their lives with us, we come to understand what it means to feel “disco’d” on the streets of Los Angeles. We hope this film is a powerful portrayal that can positively impact the ideas and thoughts viewers may have around what it means to experience homelessness in Los Angeles. That said, we hope that you find the film consistent with our efforts, as we’ve attempted to create a meaningful portrait on homelessness in Los Angeles.” – Matthew Siretta and Sam Mantell

For news, screenings and updates go to: discodmovie.com

“Siretta meant to nab his hero Frederick Wiseman as his mentor and he succeeded, so maybe keep an eye peeled.” – Pamela Cohn,  Filmmaker Magazine

“Impressed with the film, particularly as a first-time feature. Raw, accomplished filmmaking. It’s very strong…and some of the characters are extraordinary.” – Jim Kolmar,  SXSW Film Festival

“The film provides its subjects the agency to tell their own stories, without judgment or suggestion. The camerawork and editing are sharp and well-suited to the film’s narrative.” – David Wilson,  True/False Film Festival