In this revealing observational portrait of political courage, Brandon 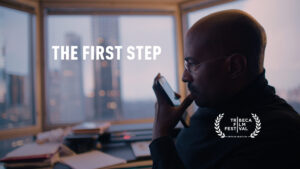 Kramer’s THE FIRST STEP, focuses his lens on Black progressive activist and political commentator Van Jones as he faces a polarized society head on in an effort to reform a broken criminal justice system. Jones, known for calling Donald Trump’s election “a whitelash” live on primetime TV, navigates increasingly tense and isolating political and racial divides in his attempt to become a “bridge builder” during the Trump administration. Condemned by the right for his progressive beliefs, and by the left for embracing conservatives, this fraught and cinematically 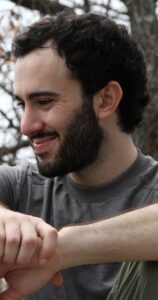 captured  personal journey questions his integrity from all sides, forcing him to consider not only his activism but his own identity. THE FIRST STEP takes us behind the scenes of these dramatic power struggles, from internal divisions within both parties, to the lives of activists fighting on the frontlines for their communities. The First Step features Louis L. Reed, Jessica Jackson, Virgie Walker, Pete White, Tylo James. Including Jared Kushner, Senator Bernie Sanders, Senator Cory Booker, Senator Kamala Harris, Senator Shelly Capito, Senator Rand Paul, Senator Mike Lee, Congresswoman Karen Bass, Congresswoman Bonnie Watson Coleman, Patrisse Cullors, Charlemagne Tha God, Karen Hunter, and Kim Kardashian. Director Brandon Kramer joins us to talk about the daunting challenge faced by Van ones as he attempts to find the common ground of common interest and policy reforms that will benefit all Americans, while being vilified by many of the same people he is working with.

For news and updates go to: meridianhillpictures.com

About the filmmaker – Brandon Kramer is a documentary filmmaker and co-founder of Meridian Hill Pictures. Brandon directed CITY OF TREES (Full Frame Documentary Film Festival, national broadcast on PBS’ America Reframed, Netflix); and the Webby Award-winning documentary series THE MESSY TRUTH WITH VAN JONES. Brandon won Best Director at the 2016 Chesapeake Film Festival and Indie Capital Awards, received the Audience Choice Award at the 2015 American Conservation Film Festival and was a 2015 DC Commission on the Arts & Humanities Individual Arts Fellow. Brandon has directed over 30 short documentaries commissioned by public agencies and nonprofits including AARP and US Institute of Peace. Before starting MHP, Brandon served as a teaching artist for the John F. Kennedy Center’s national media education program. Brandon holds a bachelor’s degree in film and cultural anthropology from Boston University.

“The First Step works because it’s as honest about the state of government as it is passionate about doing so.” – Alan Ng, Film Threat

“When progress is usually messier as it’s happening than when it’s remembered, the ability of The First Step to engage with the moment that it’s in is invaluable.” – Stephen Saito, Moveable Fest