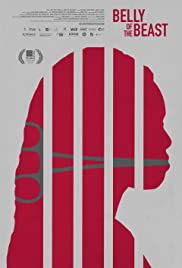 surrounding the Central California Women’s Facility (CCWF), the world’s largest women’s prison. For decades CCWF concealed the reproductive and human rights violations transpiring inside its walls. A courageous woman, Kelli Dillon, who was involuntarily sterilized at the CCWF, teams up with a radical lawyer, Cynthia Chandler, to stop these violations. Together they spearhead investigations that uncover a series of statewide crimes, primarily targeting women of color, from inadequate access to healthcare to sexual assault to illegal sterilization. With a team of tenacious 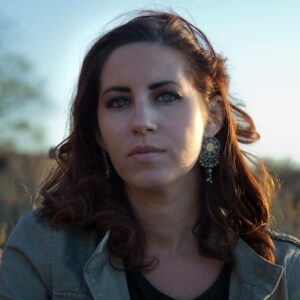 heroines, both in and out of prison, they take to the courtroom to fight for reparations. But no one believes them. As additional damning evidence is uncovered by the Center for Investigative Reporting, a media frenzy and series of hearings provide hope for some semblance of justice. Yet, doctors and prison officials

contend that the procedures were in each person’s best interest and of an overall social benefit. Invoking the weight of the historic stain and legacy of eugenics, BELLY OF THE BEAST presents a decade long, infuriating contemporary legal drama. Director Erika Cohn (The Judge, When the Voices Fade) joins us for a conversation about her incredible tale that chronicles the rampant abuse of incarcerated women, being coerced by a prison-based culture of medical personnel actively subverting their basic human rights.

For news, updates and screenings go to: bellyofthebeastfilm.com

About the filmmaker – Director Erika Cohn is a Peabody and Emmy Award-winning director/producer who Variety recognized as one of 2017’s top documentary filmmakers to watch and was featured in DOC NYC’s 2019 “40 Under 40.” Most recently, Erika completed The Judge, a Peabody Award-winning and Emmy-nominated film about the first woman judge appointed to the Middle East’s Shari’a courts, which premiered at the 2017 Toronto International Film Festival and was broadcast on PBS’ 2018 Independent Lens series. Erika co-directed/produced, In Football We Trust, an Emmy award-winning, feature documentary about young Pacific Islander men pursuing their dreams of playing professional football, which premiered at the 2015 Sundance Film Festival and was broadcast on PBS’ 2016 “Independent Lens” series. She has received numerous accolades for her work, including a Director’s Guild of America award for her fiction short film, When the Voices Fade. Erika grew up attending the Sundance Film Festival as a native Utahn, where she first began her career and later studied at Chapman University (California) and Hebrew University (Jerusalem) where she received degrees in Film Production, Middle East Studies, and Acting Performance. In 2013, Erika founded Idle Wild Films, Inc., which has released three feature documentaries and produced numerous branded content and commercial spots, including Gatorade’s “Win from Within” series, for which she received a 2016 Webby award nomination. Belly of the Beast is her third feature-length documentary. For more about Erika Cohn go to: idlewildfilmsinc.com