FAUCI delivers a rare glimpse into the long-standing professional 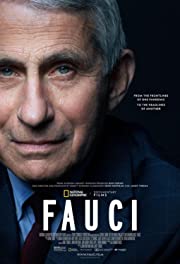 career and personal life of the ultimate public servant, who after a lifetime of service faced his biggest test: a pandemic whose ferocity is unmatched in modern history. But that has come at a cost as he has also faced attacks from adversaries in a nation increasingly divided by political party lines — with science increasingly caught in the crosshairs. A world-renowned infectious disease specialist and the longest-serving public health leader in Washington, D.C., who has served under seven presidents, Dr. Fauci has overseen the U.S. response to 40 years’

worth of outbreaks, including HIV/AIDS, SARS and Ebola. FAUCI is a revealing and intimate portrait of the man mostly known only from appearances on the news. The film features insights from former President George W. Bush, Bill Gates, Bono, former national security advisor Susan Rice, 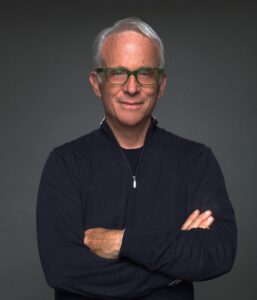 National Institutes of Health director Dr. Francis Collins, former Centers for Disease Control and Prevention director Dr. Tom Frieden, journalists Laurie Garrett and The New York Times’ Apoorva Mandavilli, and key AIDS activists, among others. Dr. Fauci’s family, friends and former patients also provide more personal commentary about the man, his personality, and what makes him who he is. Co-directors by John Hoffman and Janet Tobias join us to talk about a dedicated public servant who has spent the vast majority of his life in service to a greater, and healthier good.

For news and updates go to: films.nationalgeographic.com/fauci

For more on the library of documentaries on NatGeo go to: films.nationalgeographic.com

“Fauci is a refreshing figure and a standard-bearer for the truth.” – Peter Bradshaw, Guardian

“This is the kind of movie that makes you grateful not just for expertise but for sanity in high places-something we used to take for granted, but which now seems precious as gold.” – Dennis Harvey, 48 Hills

“through a mix of archival footage and interviews that smoothly segue between the past and present, [directors John Hoffman, Janet Tobias’] documentary proves a tribute to a legitimate national hero.” – Nick Schager, The Daily Beast

“Where the filmmakers’ approach sets itself apart… is in juxtaposing the bookending health catastrophes of Fauci’s career as an especially illuminating lens through which to examine his drive, decisions and personality.” – Robert Abele, Los Angeles Times