It’s the greatest literary mystery of all time; who wrote the works of 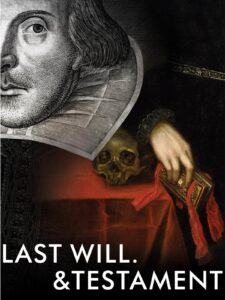 Shakespeare Although the official story has held sway for centuries, questions over the authorship of the plays and poems have persisted. Mark Twain, Sigmund Freud, Charlie Chaplin and Orson Welles are among the many famous figures who doubt that a grain-dealer from Stratford-upon-Avon was England’s “Star of Poets.” THE LAST WILL & TESTAMENT will transform the way you look at Shakespeare. Twin sisters & filmmakers Laura Wilson and Lisa Wilson’s intricate historical journey charts the fascinating documentary  THE LAST WILL & TESTAMENT from executive producer Roland Emmerich (who’s brilliant “Anonymous” also explores Shakespeare’s identity) and featuring stage and screen icons Derek Jacobi (Gladiator, Gosford Park, Dead Again), Mark Rylance (Bridge of Spies, The BFG, Dunkirk), and Vanessa Redgrave (Atonement, Howards End, 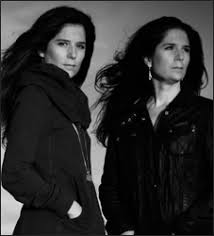 Coriolanus).   It’s the greatest literary mystery of all time who actually wrote the works of Shakespeare?  Featuring a powerful score by Graeme Revell (The Saint, The Crow, Lara Croft: Tomb Raider), the greatest mystery of an identity hidden by time and the constructs of society…The Bard himself. Co-directors Laura Wilson and Lisa Wilson join us for a conversation on their own obsessive dedication concerning the true authorship of Hamlet, Macbeth, Richard III, Taming of the Shrew, and many other fundamental works of Western civilization, as well as, how they were able to enlist the leading lights on this hotly contested topic.

For news and updates go to: strikebackstudios.com/last-will-testament

THE LAST WILL & TESTAMENT is available now (April is Shakespeare is international Month) for audiences to stream on Amazon Prime,Vudu,Tubi and other streaming platforms along with across TVOD platforms. iTunes, Fandango Now, Google Play, YouTube, among others globally to rent or buy.

THE LAST WILL & TESTAMENT from executive producer Roland Emmerich (a Shakespeare scholar in his own right with his incredible “Anonymous,” which also explores Shakespeare’s identity and pre-dates the documentary)  will transform the way you look at Shakespeare. Iambic pentameter will forever hold tight histories mysteries for fans of The Bard, once you’ve seen this documentary.

“Laura and Lisa Wilson’s Last Will & Testament is utterly fascinating. Thoroughly investigated, told with flair and authority, the sisters rip the lid off one of the greatest literary puzzles in history. Riveting.” – Anne Brodie, What She Said Canada