QUEEN OF HEARTS tells the story of Anne, a brilliant and dedicated lawyer 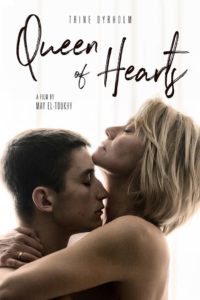 specializing in children and young adults, living what appears to be the picture perfect life with her doctor-husband, Peter, and their twin daughters. When her estranged teenage stepson, Gustav, moves in with them, Anne’s escalating desire leads her down a dangerous rabbit hole which, once exposed, unleashes a sequence of events that threatens to destroy her world. Denmark’s official entry for the 2019 Academy Award for Best Foreign Film, QUEEN OF HEARTS explores the making of a tragic family secret step by step, as the consequences of hubris, lust and lies conspire to create an unimaginable dilemma. With bold and astonishing vision, co-writer/director May el-Toukhy masterfully builds Anne’s world, seducing the viewer into complicity before maneuvering her 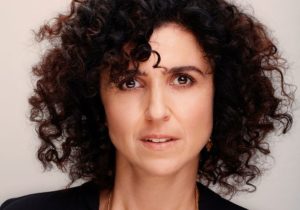 protagonist onto an unsettling and shocking path. Trine Dyrholm, one of Denmark’s finest dramatic actresses, skillfully inhabits the complicated Anne. In a finely calibrated performance, Dyrholm humanizes Anne’s contradictions and unpredictable behavior, creating an even more disconcerting character. A riveting and provocative film, QUEEN OF HEARTS is a portrait of a woman who manages to lose everything and nothing at the same time. Director and co-screenwriter May el-Toukhy joins us for a lively conversation on her shattering tale of power, family and self-preservation.

For news, screenings and updates go to: bgpics.com/movies/queen-of-hearts

“Shot in icy blues and whites and among the hard edges of a modernist home, there’s nothing very comfortable about this environment; el-Toukhy doesn’t want us to get cosy.” – Alex Heeney, Seventh Row

“Queen of Hearts is certainly not a comfortable watch, let alone a pleasant one. But it is a fearless, important film whose impact explodes primarily out of the core collaboration between its masterful director and her main actor.” – Alexandra Heller-Nicholas, AWFJ Women on Film

“A challenging sit, especially when Anne’s actions shift from ethically bankrupt to outright despicable, making her one of the most complicated female villains of recent memory.” – Tomris Laffly, RogerEbert.com

“Dyrholm, who remains one of Denmark’s most accomplished contemporary performers, adds another signature performance to her filmography as Anne, a good person who, like everyone, has the capability of doing terrible things.” – Nicholas Bell, IONCINEMA.com