A twenty-something couple (Segan and Baird) venturing from Hollywood to 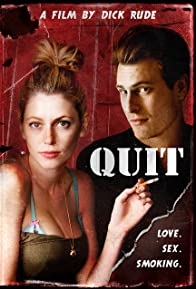 Joshua Tree in an attempt to quit smoking together, find their emotions unmasked. We see them cheating, lying and struggling valiantly to overcome their enslavement to smoking. As we share the pain and torture the couple put themselves through in the name of love and pleasure, we also learn that smoking is truly a metaphor for their equally addictive relationship. Their extreme passion (whether fighting or making up afterwards) turns out to be a measure of their love for each other. Whether they like it or not, they cannot escape destiny or the temptations that lead them 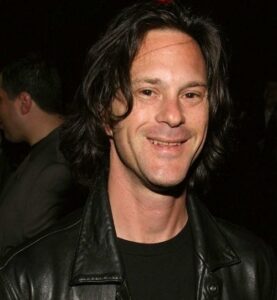 there. QUIT is a relationship story about our attachment to inner needs and desires, and the awakening to what those are. Starring Noah Segan (Knives Out, Star Wars: Episode VIII – The Last Jedi) and the enthralling Diora Baird (Netflix’s Cobra Kai, Wedding Crashers,) as our couple, alongside Lee Arenberg (Once Upon A Time), Nathan Phillips (Snakes on a Plane, Wolf Creek,), and Don Swayze (Lois & Clark: The New Adventures of Superman, The Visitation). Director and co-writer Dick Rude (Repo Man, Walker, Straight to Hell) stops by to talk about love, relationships, smoking, living life on your terms and creating art.

For news and update go to: quitfilm.com

QUIT will be available for audiences to stream on Amazon Prime, Vudu, Tubi and other streaming platforms along with across TVOD platforms  iTunes, Fandango Now, Google Play, YouTube,  among others globally to rent or buy beginning on June 25th.

About the filmmaker – Dick Rude was born and raised in Los Angeles. His film career began at the age of 15 when he attended the Lee Strasberg Theatre Institute. As an actor he has appeared in several films including “Sid and Nancy”, “The Wild Life” and “Repo Man,” which he also participated in as a contributing writer. Rude left UCLA Film School to co-write and star in “Straight to Hell,” which features such notables as Dennis Hopper, Courtney Love and Elvis Costello. His other writing credits include a pilot for Sophia Coppola, “Hi Octane” and an un-produced script commissioned by River Phoenix. As a Producer/Director, Rude has done several music videos. His latest accomplishments have been music documentaries for Blonde Redhead: “Nothing Something,” Red Hot Chili Peppers’ “Off the Map” and “LA Punk – The First Five Years,” featured on the “Punk Attitude” DVD. His latest film “Let’s Rock Again!” has received widespread acclaim and recognition. Dick Rude is currently preparing for his next film “The Asshole” with his friend and Executive Producer Jim Jarmusch. dickrude.biz