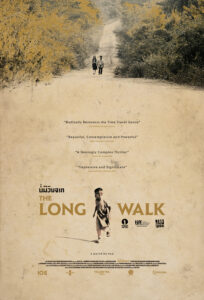 society exploits a ghostly companion’s ability to traverse time, hoping to prevent his mother’s suffering from a terminal illness. A deliberately paced story that burns with intensity and human emotion, THE LONG WALK is all at once a culturally rich ghost story, a grim near-future sci-fi, and mystery with life and death stakes that spans across decades. THE LONG WALK world premiered to great acclaim at the Venice Film Festival in the Giornate degli Autori 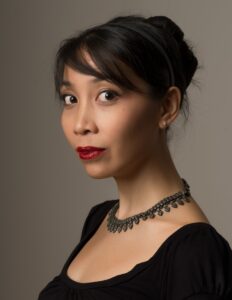 section and was followed by praise out of the Toronto International Film Festival. It’s the third feature of Lao based director Mattie Do, whose career has been recognized by

the Oldenburg International Film Festival and Locarno International Film Festival for her breakthrough work as Lao’s first and only woman filmmaker, and the only filmmaker of the country to work in the horror and fantastic genres. Director and Producer Mattie Do (Chanthaly, Dearest Sister) joins us for a conversation on the collaboration with screenwriter Christopher Larsen, finding a storytelling balance between sci-fi and drama in the context of Laos’ complex relationship with the outside world and its own unsettled social and political history.

For news and updates go to: thelongwalkfilm.com

About the filmmaker – Mattie Do is Laos’ first, and only, female filmmaker. Born in California to recent refugees of Laos’ Communist Revolution, Mattie was raised in Los Angeles, but returned to Laos a decade ago after her father retired in Vientiane. In 2012, Mattie directed her first feature film, Chanthaly. The film was the ninth feature film produced in the country of Laos since the 1975 revolution, the first feature film to feature a female protagonist, and the first Lao feature film to be directed by a woman. Chanthaly also challenged Laos’ strict censorship which at the time mandated that Lao women only be depicted in traditional dress speaking formal Lao, and restricted any depiction of supernatural or superstitious beliefs. The film premiered at Fantastic Fest in Austin, Texas becoming the first Lao film to screen outside of SE Asia. Chanthaly‘s success at festivals led to Mattie’s selection for the Cannes’ Fabrique des Cinemas du Monde, TIFF’s Directors Talent Lab, Berlinale Talents, and BIFAN’s Fantastic Film School. Afterward, Mattie worked with the Ministry of Culture to create the infrastructure necessary to introduce foreign co-production to Laos, including a framework for managing the country’s rigid censorship. In 2015, Mattie produced Laos’ first American and Japanese co-productions, which later respectively premiered at the Toronto International Film Festival and Locarno Film Festival. Mattie Do’s second feature, Dearest Sister, premiered at Fantastic Fest before screening at BFI’s London Film Festival, Singapore International Film Festival and nearly two dozen other film festivals. The film received Special Jury Mentions at the Sitges International Fantastic Film Festival, Lund’s Fantastisk Filmfestival, and Fantasporto Film Festival. The film was later selected as Laos first official submission to the 90th Academy Awards.

“It is in The Long Walk that Mattie Do reveals the depths of her talent, the extent of her humanity and the potential to even further consolidate her status as one of the most important Asian filmmakers working today.” – Alexandra Heller-Nicholas, AWFJ Women on Film

“The Long Walk is a tough, demanding film, and reveals its rewards slowly.” – Shubhra Gupta, The Indian Express

“The Long Walk is one of those supernatural stories that, as bewildering as they can be, are also a real treat as well, the type that will stay with you.” – David Fontana, Film Inquiry

“The Long Walk is many things, but what sticks with me is Mattie Do’s passionate dedication to emotional, raw-to-the-bone filmmaking.” – Matt Donato, Slashfilm