ÊXTASE explores the intersection of Clara’s personal and political life. She lives 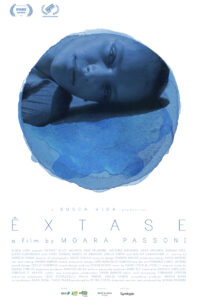 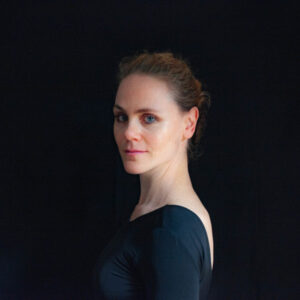 pleasure of anorexia set against the backdrop of the chaotic political landscape of Brasil in the 1990s. Both a deeply personal journey as well as a collective story of young women and their attempts to control the brutal world around them, director Moara Passoni, co-writer and associate producer on the Oscar® nominated documentary THE EDGE OF DEMOCRACY, puts fiction, delirium and reality in a conflicting symbiotic relation. Director Moara Passoni joins us for an illuminating conversation on her own personal journey and how that informed the telling of this multi-layered tale that beautifully blends narrative and documentary techniques in telling it.

For news and updates go to: extasefilme.com

About the filmmaker – Moara Passoni co-wrote and associate produced the Academy Awards Nominee and Platino and Peabody Winner documentary THE EDGE OF DEMOCRACY (Netflix Originals, Sundance Film Festival) for which she was nominated for best narrative for both Critic Choices Awards Documentary Awards and International Documentary Association. ÊXTASE is her first non-fiction feature film that premiered in the main competition of CPH:DOX 2020, receiving fabulous critiques. Alumni from the L’atelier de Production de La Fémis/Cannes, Moara graduated in Sociology, Anthropology and Political Sciences (USP-SP); studied Dance and Performance (PUC-SP) and Aesthetics (Paris 8). After finishing a Master in Documentary Theory (UNICAMP-SP) she joined an MFA program on screenwriting/ directing at Columbia University where she is a current candidate. Filmmaker Magazine named her one of the “25 New Faces of Independent Film” of 2020.

“Passoni was inspired by the works of Marguerite Duras. She has the same passionate intensity.” – FILMUFORIA

“An excellent example of how the extremely personal can hold universal insight.” –  EYE FOR FILM

“The universal character of the anxieties and experiences of women inserted in patriarchal systems, which manifest themselves in different ways in each one of us.” – PERSONA CULTURAL CRITICISM