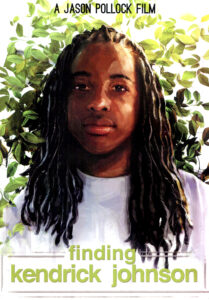 undercover investigation into the facts of this case. From the creator of ‘Stranger Fruit’, this new documentary hopes to shed light on one of the most important American stories of our time. Told through the eyes of KJ’s family and close friends, On January 11th, 2013, Kendrick Johnson was found dead in his high school gymnasium rolled up in a gym mat. The state of Georgia ruled his death as an accident, having died from positional asphyxia. When the family hired their own Forensic 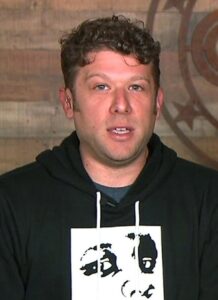 Pathologist, not only did he find KJ’s organs missing from his body during the autopsy, he determined the cause of death to be from non-accidental blunt force trauma. To this day, no one

knows where KJ’s organs have gone.. So what really happened to KJ? Narrated by Hollywood legend, Jenifer Lewis. Directed by ‘Stranger Fruit’ creator, Jason Pollock, with an amazing team of producers including Actor Hill Harper, and Space Jam 2 director Malcolm D. Lee, FINDING KENDRICK JOHNSON shares this truly historic, heartbreaking, and unbelievable story with the world for the first time.

To watch go to: amazon.com/Finding-Kendrick-Johnson

FINDING KENDRICK JOHNSON is now available on digital and video on demand and will be heading to theaters nationwide this October.

Director’s statement – The case of Kendrick Johnson is one the most important cases in U.S. history, KJ deserves justice, and hopefully our film will help his family get one step closer to that outcome.  Actor, activist and film narrator Jenifer Lewis said “This is the most important film I’ve ever worked on”. What this family has gone through is unspeakable but we must speak it so the public knows the truth. Jason has done a brilliant job on this vital story of injustice. – Jason Pollock

About the filmmaker – Jason Pollock is a filmmaker, writer and Founder of Boom Content. Boom Content is Pollock’s creative agency, which operates in NYC, LA, DC, and STL. Pollock has been a featured speaker at many high schools, universities, and major events including the ‘Aspen Ideas Festival’, Inc. Magazine’s ‘Inc. 500 Conference’, the ‘Life Is Beautiful Festival’, and Martha Stewart’s ‘Made In America’ event. His innovative work has been featured in the New York Times, Variety, Hollywood Reporter, Mashable, more. Pollock was ranked in a report in the New York Times as one of the ‘top 140 most influential people on Twitter’, listed by PC Magazine as one of the ‘Top 100 People to Follow’, and listed on Levo League’s ‘100 Transforming Millenials’ of 2015. Jason has also been a featured writer and contributor to the Huffington Post since 2006. Pollock and his agency, Boom Content, has worked as producer for a number of major celebrities and brands including Ashton Kutcher, Michael Moore, Oprah Winfrey’s Harpo Productions, David Letterman’s Worldwide Pants, Rock The Vote and the Global Citizen Festival in Central Park. As a filmmaker, Pollock’s first feature documentary film, ‘The Youngest Candidate,’ follows four teens running for public office in America. The film was co-produced by Oscar winner Lawrence Bender and David Letterman’s Worldwide Pants. ‘The Youngest Candidate’ had its world premiere in 2009 at the Los Angeles Film Festival, and its national television premiere on the Documentary Channel in 2010. In 2008 and 2012, Pollock also launched multi-city speaking tours around America’s schools to get out the youth vote. Prior to making his own films, Pollock worked with director and producer to Michael Moore from 2003 – 2006.Throughout this time Pollock aided Moore with several high profile films such as: ‘Dude Where’s My Country’, ‘Fahrenheit 9/11’ and ‘Slacker Uprising’. Pollock coordinated a 60 cities in 30 day tour for Moore on his Slacker Uprising Tour in 2004. In 2005 Pollock became of one of the 5 original founders of Michael Moore’s Traverse City Film Festival.

“A hard but necessary watch for anyone who’s hoping to learn more about the United States’ history of racist violence.” – Monique Jones, Common Sense Media

“There are two fascinating stories going on. The death of Kendrick Johnson is filled with the expected twists. The documentary also looks at the country’s racial division.” – Nathaniel Muir, AIPT

Finding Kendrick Johnson might not have the answers to his death, but it seems like the documentary has the noble intention to help the Johnson family find some measure of peace in their ongoing nightmare with the legal system.” – Carla Hay,, Culture Mix

“Documentaries serve many purposes…inform, educate, entertain…and, in the case of Finding Kendrick Johnson, tell a story that could easily disappear by apathy and force action, outrage, and support as our voice is necessary to keep justice alive.” – Alan Ng, Film Threat