FRUITS OF LABOR is the latest documentary from Colombian-American 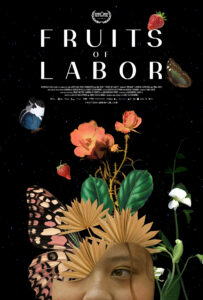 director Emily Cohen Ibañez that follows Ashley Solis, a Mexican-American teenager living in an agricultural town on the central coast of California. A high school senior, Ashley dreams of graduating and going to college, but when ICE raids in her community threaten to separate her family, she is forced to become their primary breadwinner. While most of her friends are thinking about prom and graduation, Ashley finds herself working days in the strawberry fields and the night shift at a processing plant, with little time left for sleep or studies. Tracing the tensions between family bonds and the systems that work to sever them, FRUITS OF LABOR follows Ashley as she tries to hold on to her dreams while coping with obligations to her mother, who is undocumented, and 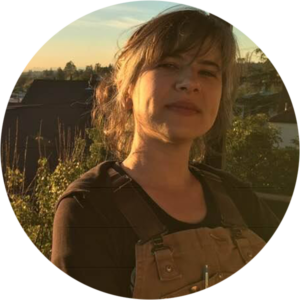 three younger siblings. The family lives in a cramped house with 12 other families, and although Ashley’s mother Beatriz works seven days a week as a domestic, it’s not enough to make ends meet. Yet despite their challenges, both Ashley and Beatriz are committed to changing their lives and the lives of others in their community facing the same struggles. Director, producer, writer and cinematographer Emily Cohen Ibañez joins us for a conversation on the myriad of personal, social and economic pressure that informs most of Ashley’s personal decisions and how the political history and social institutions make Ashley’s path forward fraught with uncertainty,

For news and updates go to: fruitsoflaborfilm.com

Fruits of Labor premieres on Monday, October 4, 2021 at 10:00-11:30 p.m. ET on PBS, pbs.org and the PBS Video app. Fruits of Labor is a co-presentation of POV and Latino Public Broadcasting’s VOCES. Fruits of Labor will also be available for streaming concurrent with broadcast on all station-branded PBS platforms, including PBS.org and the PBS Video App, available on iOS, Android, Roku streaming devices, Apple TV, Android TV, Amazon Fire TV, Samsung Smart TV, Chromecast and VIZIO. PBS station members can view many series, documentaries and specials via PBS Passport. For more information about PBS Passport, visit the PBS Passport FAQ website.

About the filmmaker – Director / Producer / Cinematographer / Co-writer  Emily Cohen Ibañez is a Latinx filmmaker based in Oakland who earned her doctorate in Anthropology (2011) with a certificate in Culture and Media at New York University. Her film work pairs lyricism with social activism, advocating for labor, environmental, and health justice. She has become known for her collaborative methods that challenge the colonial heritage of documentary filmmaking. With parents who migrated from Colombia to the United States and a family legacy of escaping violence from Aleppo, Syria, Emily knows what it means to cross borders and fashion new identities. Her documentary BODIES AT WAR/MINA (2015) premiered at El Festival de Cine de Bogotá and screened in 22 municipalities most affected by landmines in Colombia. Her short films reach wide audiences internationally through The Guardian, The Intercept, and Independent Lens. Emily is a recipient of JustFilms Ford Foundation, Firelight Media Doc Lab, Sundance Kendeda, the National Science Foundation, and was a Fulbright scholar. Her feature documentary, FRUITS OF LABOR had its World Premiere at SXSW 2021, winning multiple awards on the festival circuit and will have its US broadcast on PBS POV American Documentary.

“This film really humanizes the Latino family. The film leaves an imprint of sorrow while also giving a sense of hope.” – Donnie Lopez, Black Girl Nerds

“Director Cohen Ibañez does not romanticizing the stresses of living in poverty or being on La Migra’s radar, but it balances those concerns with an appreciation of the beauty in Ashley’s world.” – Sarah Boslaugh, TheArtsStl