In this beautifully rendered tale, LUZZU, follows a hardworking Maltese 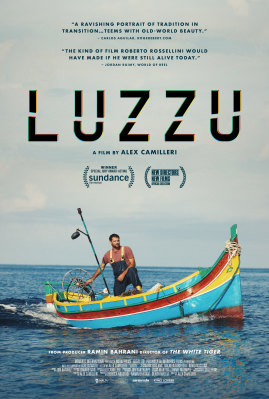 fisherman, Jesmark (Jesmark Scicluna) facing an agonizing choice. He can repair his leaky luzzu – a traditional, multicolored wooden fishing boat – in the hopes of eking out a meager living at sea for his wife and newborn son, just as his father and grandfather did before him. Or he can decommission it in exchange for an EU payout and cast his lot with a sinister black-market operation that is decimating the 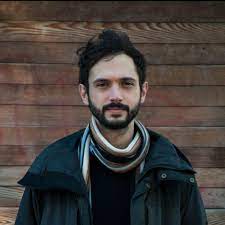 Mediterranean fish population and the livelihoods of the local families who depend on it. LUZZU won a Sundance Jury Prize for its nonprofessional lead actor Jesmark Scicluna, a real-life Maltese fisherman, and heralds the arrival of writer-director-editor Alex Camilleri. His gripping film operates in the neorealist tradition of Luchino Visconti, Roberto Rosselini, and

the Dardenne brothers and calls to mind the work of his mentor Ramin Bahrani (Man Push Cart, The White Tiger), also a producer of the film. Director Alex Camilleri and actor Jesmark Scicluna join us for a conversation on the challenges of working with a largely non-professional cast, including Jesmark’s brother and staying true to the story of a traditional culture under pressure from global economic forces to change its ways.

For news, updates and screenings go to: luzzufilm.com

For news, updates and screenings go to: kinolorber.com/film/luzzu

Luzzu will release theatrically in New York (Oct. 15) and in Los Angeles (Oct. 22) from Kino Lorber, followed by a national rollout.

About the filmmaker – Alex Camilleri is a Maltese-American filmmaker based in New York City. He studied English literature and documentary filmmaking at Vassar College, where he gained recognition for his thesis project, STILL HERE (2010), which won Best Student Documentary at the Emerging Filmmaker Showcase at Cannes. His work has screened at Venice, Telluride, TIFF, and New Directors/New Films, and in 2016 he was selected for the Sundance Institute’s Editing Intensive. There, he workshopped KEEP THE CHANGE, which went on to win Best Feature & Best New Director at the 2017 Tribeca Film Festival, as well as the FIPRESCI prize at Karlovy Vary. He worked closely with acclaimed filmmaker Ramin Bahrani on the production of his two recent feature films, including the Golden Globe–nominated 99 HOMES. Bahrani served as the executive producer of PRICKLY PEAR, Camilleri’s first narrative short film, which premiered at TIFF Kids in 2017. He is preparing to direct his feature film debut from an original script.As an editor of industrials, his clients include: Vogue, adidas, Levi’s, Intel, John Varvatos, Chobani, and more.

“A ravishing portrait of tradition in transition, Luzzu brings Malta to the forefront.” – Carlos Aguilar, RogerEbert.com

“A neorealist telling in the tradition of the Dardenne brothers…Luzzu is beautifully shot..a true discovery in the casting of Jesmark Scicluna, a real fisherman who plays a version of himself…” – Ryan Lattanzio, Indiewire

“The kind of film Roberto Rossellini would have made if he were still alive today.” – Jordan Ruimy, World of Reel