An exciting and innovative new voice boldly and loudly announces their arrival, with director 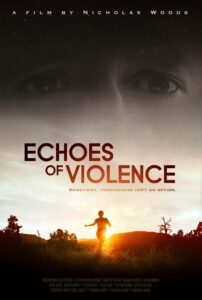 Nicholas Woods thrilling sophomore feature ECHOES OF VIOLENCE, (World Premiere at the 2021 CINEQUEST Film Festival) the story of an immigrant who travels from Sedona to Los Angeles to seek revenge against the immigration lawyer who ruined her life. Starring

ECHOES OF VIOLENCE will have it’s much anticipated World premiere as part of the dramatic feature competition at the 2021 Cinequest Film and Creativity Festival, happening virtually from March 20th -30th.  Screening details will be available at cinequest.org