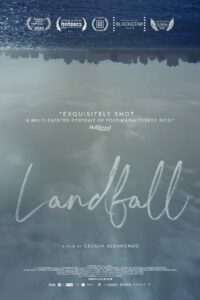 is a cautionary tale for our times. Set against the backdrop of protests that toppled the The United States colony’s governor in 2019, the

film offers a prismatic portrait of collective trauma and resistance. While the devastation of María attracted a great deal of media coverage, the world has paid far less attention to the storm that preceded it: a 72-billion-dollar debt crisis crippling Puerto Rico well before the winds and waters hit. LANDFALL examines the kinship of these two storms-one environmental, the other economic-juxtaposing competing utopian visions of recovery. LANDFALL explores the intertwining legacies of colonialism, exploitative industries and disaster 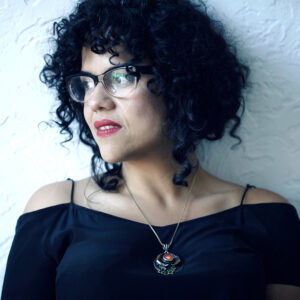 capitalism and the barriers to recovery they create. As opportunists looking to make a profit descend upon the island, the Puerto Rican diaspora comes together to create unprecedented forms of community-led mutual aid when assistance from the federal

government and traditional NGOs fails to appear.  LANDFALL features intimate encounters with Puerto Ricans as well as the newcomers flooding the island, LANDFALL reflects on a question of contemporary global relevance: when the world falls apart, who do we become? Director Cecilia Aldarondo joins us for frank conversation on US colonialism, Puerto Rico as a laboratory for social experimentation and the crypto-libertarian grifters peddling economic fairy-tales about freedom and financial independence.

For news and updates go to: landfallfilm.com

Landfall is a co-production of POV and ITVS, in association with Latino Public Broadcasting. Mark your calendars, LANDFALL to broadcast on PBS’ POV July 12An official selection of the Tribeca Film Festival and winner of the Viewfinders Grand Jury at 2020 DOC NYC, Landfall is Aldarondo’s second documentary film to broadcast on POV after her Season 30 title, Memories of a Penitent Heart. Offering a prismatic portrait of collective trauma and resistance and set against the backdrop of the 2019 protests in the wake of Hurricane María in Puerto Rico that toppled the governor, the film assembles scenes from all over the island, spotlighting the different ways each community addresses its own recovery. ﻿

Director’s Statement – As a Puerto Rican from the diaspora, I watched Hurricane María unfold from afar while cut off from loved ones, including my grandmother who would die six months after the storm. Reeling from the debt crisis, which unleashed a wave of austerity, poverty and migration that María only intensified, the Puerto Rico depicted in Landfall is a laboratory for greed, privatization, gentrification, the dismantling of social services, and the devastating effects of climate change. We may have a new President and Puerto Rico a new governor, but little has changed since María hit, as evidenced by the recent privatization of Puerto Rico’s electric grid. The Puerto Rican people are still fighting to end the profit-driven policies that have proved disastrous ever since President Obama signed them into existence. In Landfall I wanted to balance a cautionary tale for our times, while also prioritizing a dignified image of Puerto Ricans who have banded together to fight for their sovereignty. – Cecilia Aldarondo

“An impressive, impressionistic and intimate overview of the unhappy “Island of Enchantment” as it stands today, years after Hurricane Maria hit.” – Roger Moore, Movie Nation

“Cecilia Aldarondo’s intelligent, insightful documentary captures how a natural disaster served to expose the man-made troubles that have blighted the island down the centuries.” – Allan Hunter, Screen International

“Impressionistic rather than explanatory, Landfall seldom spells out the complex set of issues still afflicting an island long beset by “the colonial disease.” But it still makes a powerful statement…” – Dennis Harvey, 48 Hills

“Aldarondo’s impressionistic, kaleidoscopic take offers a more accurate picture of the chaos than any standard narrated documentary ever could.” – Janet Smith, Georgia Straight