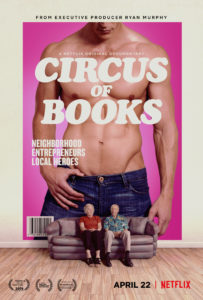 without judgment. Unbeknownst to many customers, the store was cultivated by owners Karen and Barry Mason, a straight, mainstream couple with three children who went to religious school and were unaware of their parents’ business. The Masons long refused to disclose the nature of their business to friends or family. While maintaining the secret, they witnessed the dawn of the HIV/AIDS epidemic firsthand, losing a generation of treasured employees. Still, during that time, they never identified https://www.netflix.com/title/81011569as activists — just everyday entrepreneurs catering to a market, until the Internet destroyed it.

Circus of Books is nows screening at: netflix.com

About the filmmaker – Rachel Mason is an artist, musician and filmmaker from Los Angeles. Mason has recorded 13 albums, has toured, exhibited sculpture, 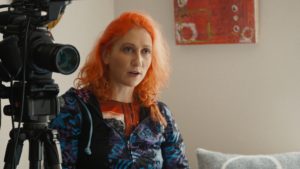 For more about Rachel Mason go to: rachelmasonart.com

“Circus of Books is the story of an American family who wandered into the eye of history, and a virtuoso example of how to make a movie both very big and very small at once.” – Josephine Livingstone, The New Republic

“A RARE DELIGHT – AND A NEARLY PERFECT DOCUMENTARY. Mason keeps a thread of tension taut throughout, never losing sight of the contradictions between her parents’ work and their home life.” – Jude Dry, IndieWire

“VERY FUNNY, VERY MOVING. The filmmaker does right by front-loading most of the snicker-worthy scenes. She knows that even the most open-minded among us need to get past a certain level of shock and incredulity to see Karen and Barry as the beautiful, and beautifully complicated, people they are.” – Keith Uhlich, The Hollywood Reporter

“Circus of Books tells this complex and enthralling story, about the rise and fall of their family business, with a unique specificity. It’s Mason’s lack of distance from the subject — in fact, it’s that she, too, is part of the story — that makes the picture soar with intimacy.” – Tre’vell Anderson, OUT